Arsène Wenger takes his team to Camp Nou in search of a miracle.

No team has beaten Barcelona in 37 games, let alone by two goals. Arsenal will probably need to keep a clean sheet and will certainly need to score twice on Wednesday, having lost the first leg of the tie 2-0 in London.

Without Petr Čech the task becomes even more difficult, so David Ospina play in goal once again.

The outfield is a little trickier: does Wenger go for it or does he save his players for the Everton game on Saturday in the knowledge that we have to win in the Premier League to stay alive in the title race? I think he goes for it in the Champions League.

Laurent Koscielny is back and will almost certainly go back into the defence, probably to partner Gabriel. Before his injury this was the pair Wenger had started to favour, and (rightly or wrongly) Mertesacker was blamed for some of Barcelona’s more dangerous moments in the first leg. After a good rest, Héctor Bellerín and Nacho Monreal should be ready to step into their normal fullback roles.

There isn’t much choice in midfield, with a whole host of players still injured. Aaron Ramsey, Santi Cazorla and Jack Wilshere are all out, leaving Wenger little choice but to pair Francis Coquelin and Mohamed Elneny once again. Mesut Özil will obviously assume his position ahead of them.

The wide men and striker will have to get Arsenal goals. The Gunners will look to play on the break, so want pace as well as technical ability and good decision making. Alexis Sánchez will play against his old club on the left, leaving just two spots available.

Theo Walcott has scared Barcelona in the past and will surely get the nod, partnering Danny Welbeck in a fluid and incredibly quick frontline.

Will it be enough? 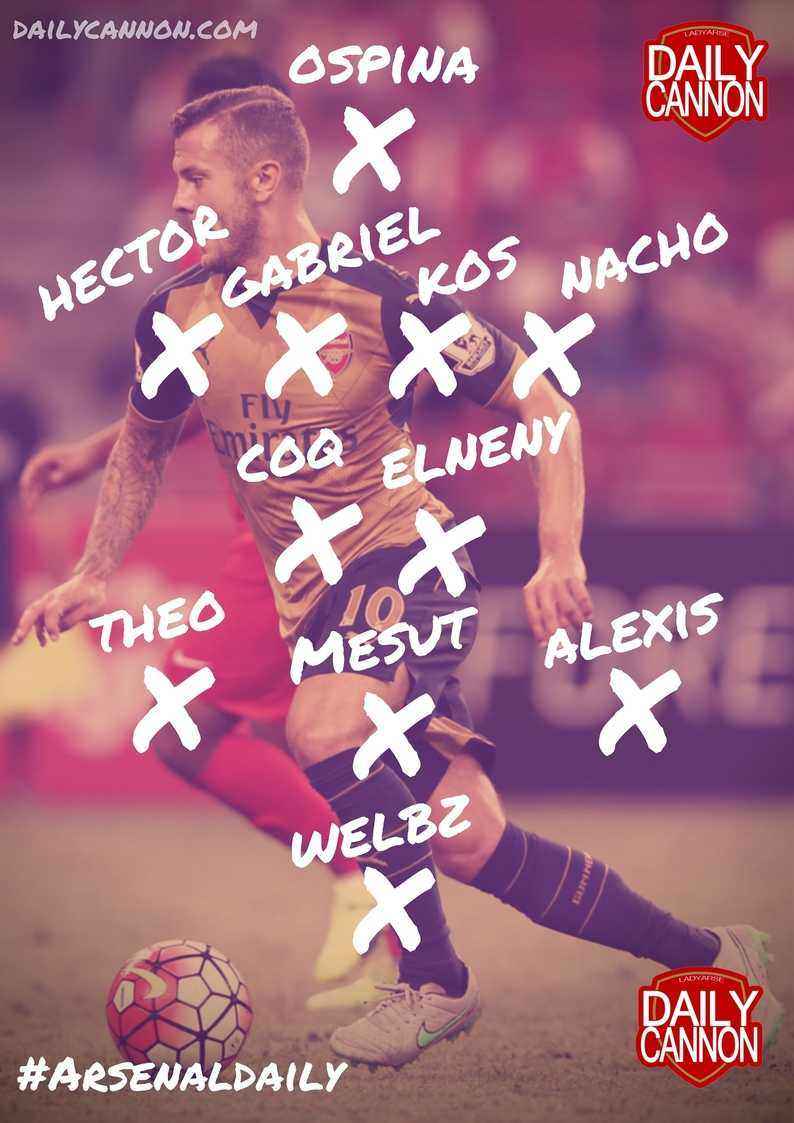 Aubameyang to start: How Arsenal could line up vs Slavia Prague

7 changes: How Arsenal could line up vs Sheffield United

Pepe to start: How Arsenal could line up against Liverpool

Lacazette to start: How Arsenal could line up against West Ham United

Pepe and Willian start: How Arsenal could line up vs Olympiacos