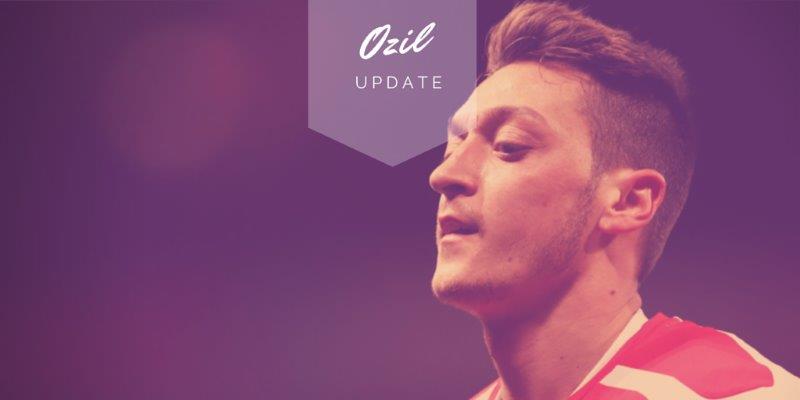 Mesut Ozil has attempted to rally the troops ahead of our trip to Everton and encouraged us to fight in our remaining fixtures.

The playmaker is determined to get something out of these remaining fixtures and insisted that it doesn’t matter how we’ve done in the past, the time is now.

“Last year we won those last eight [remaining] games but we don’t care about that now,” he told Arsenal Player.

“We have to concentrate now and give everything on the pitch. We have to fight.

“I know the teams playing us will fight to take the points against us, so the games will be tough. We have to fight on the pitch and we have to think from game to game, not that we can win eight games in a row and take the points.

“Now it’s not possible to win just our games [and that to be enough] so other teams need to lose points as well. The first step is to believe in us.

“We have to work harder than before. We have tough games coming but we have to take the points. If we win the title, we will be very happy because we believe in us.

“If you see the whole season, we’ve played very well. We’ve lost some points because we weren’t concentrated or we didn’t score. Now we have to fight for each game to take the points.”

I love Ozil and it’s all well and good telling us to fight but actions speak louder than words. Various squad members have been saying we need to fight and try harder in our remaining games but so far we haven’t. We’re now out of every competition, 11 points behind Leicester at the top of the table. For the first time since Wenger’s been in charge, Spurs look as if they’re finishing above us.

A loss against the Toffies on Saturday would be disastrous. Manchester City are just one point behind us and West Ham are three. If we lose and the others win, we could see ourselves very quickly drop out of the top four in the coming weeks.