Even though there’s an international break this month, Arsenal play six matches.

February was, well, tough. And March looks even tougher now. After failing to win against Hull in the cup at home, we are forced to play a staggering six matches in 18 days. We surely aren’t doing ourselves any favors this season.

First, we face Swansea, who we won against at their place in October, a 3-0 win which looks so hard these days. They are always tricky for us but our players and manager are aware of how huge this is and nothing but a win is acceptable.

We’ll keep one eye on Hammers who can help Spurs get to – I can’t believe I’m writing this – top of the League. Please, Bilić, win! No matter the result they and us get, the North London Derby on Saturday will be the biggest one in recent years. Direct rivals not only in London but in the league, and I’d give five of Mesut’s assists this season for even a scrappy 1-0 win from a gifted penalty.

Then comes the replay against Hull, which shouldn’t have happened in the first place but I hope players will redeem themselves with a good performance and win to continue our way to Wembley. If we win that one, we play Watford in quarter-final that same week. If we lose (god forbid), we play West Brom in the league. That match will be postponed to who-the-hell-knows-when in case we are still in the cup competition.

All fun and games after that? Yeah, right. A city break in Barcelona because I don’t think there’s even the smallest chance we do something there. I expect a slightly weaker team traveling, we should focus on the away trip to Liverpool where we face Everton. They have started looking a bit better and it could be a really, really tricky match. Which one isn’t for Arsenal?!

At the end of the month there’s an international break, just in time to get some of our players injured playing meaningless friendlies while we’re in title race. The fun never stops at Arsenal!

This is my birthday month, and Everton match is on my birthday, so, Arsenal, behave. 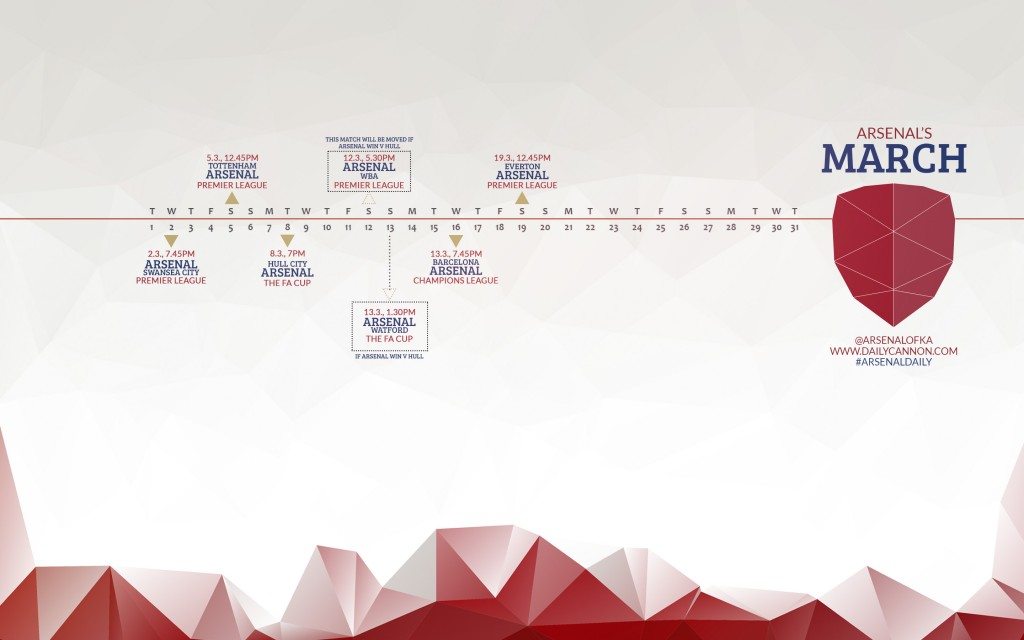 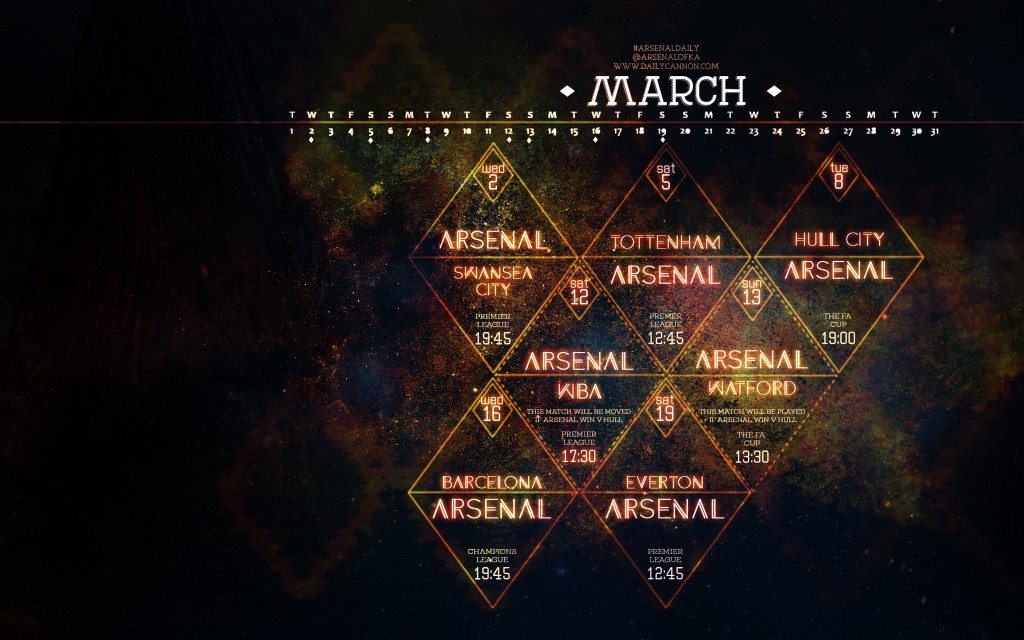 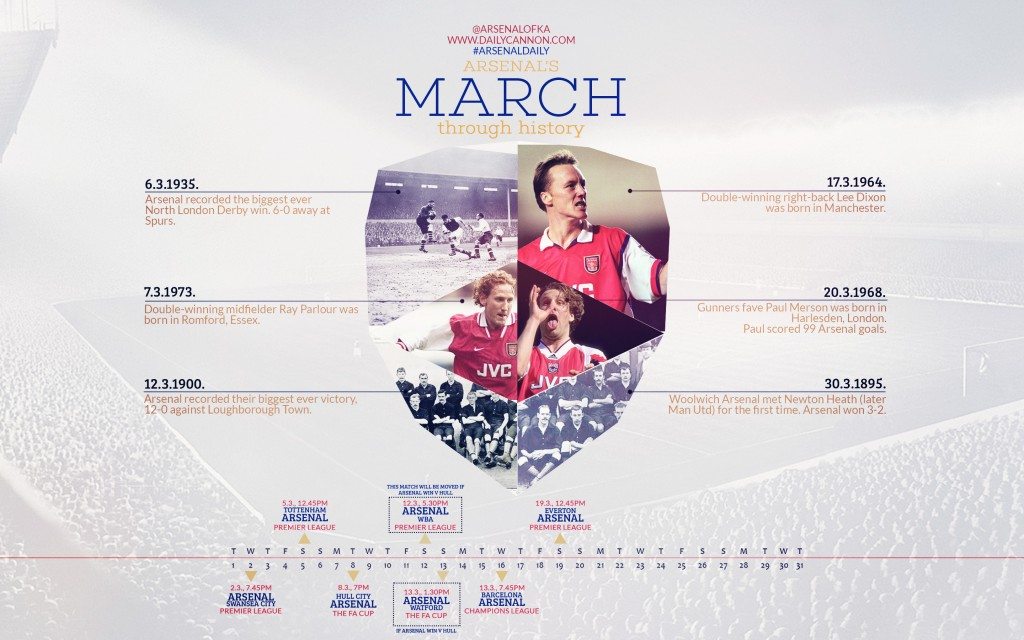