Arsenal head into the international break with three points and their slide, hopefully, arrested.

Their display against Everton at the weekend was much improved but it remains to be seen if the damage done while they fell apart has inflicted a mortal wound or merely a deep laceration.

The London Evening Standard picked their team of the week, based on WhoScored’s rankings, after the weekend’s results which also saw Spurs win. Chelsea and West Ham, however, dropped points as they played out a 2-2 draw.

Arsenal dominate the team this week with five of the 11 players in red and white. 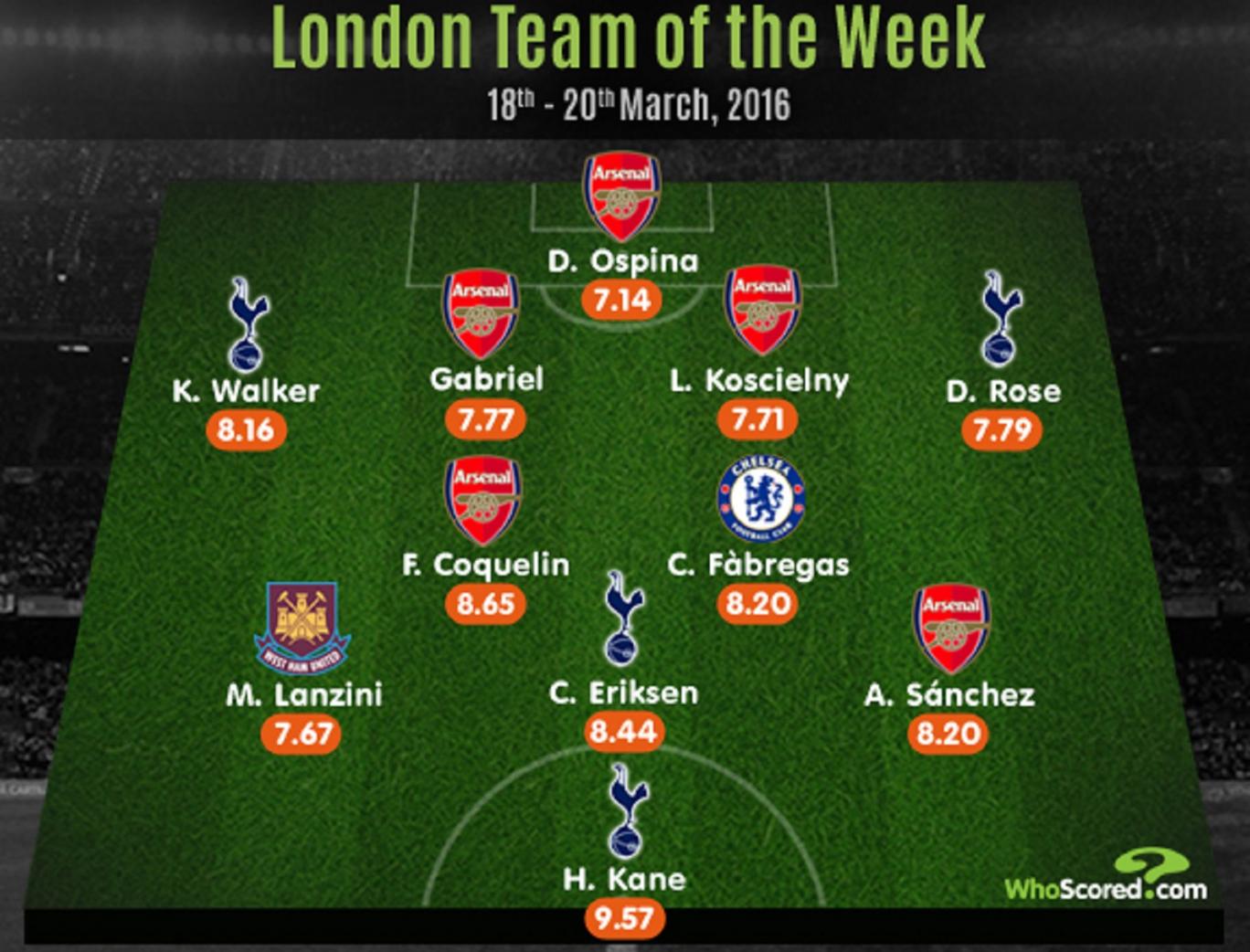