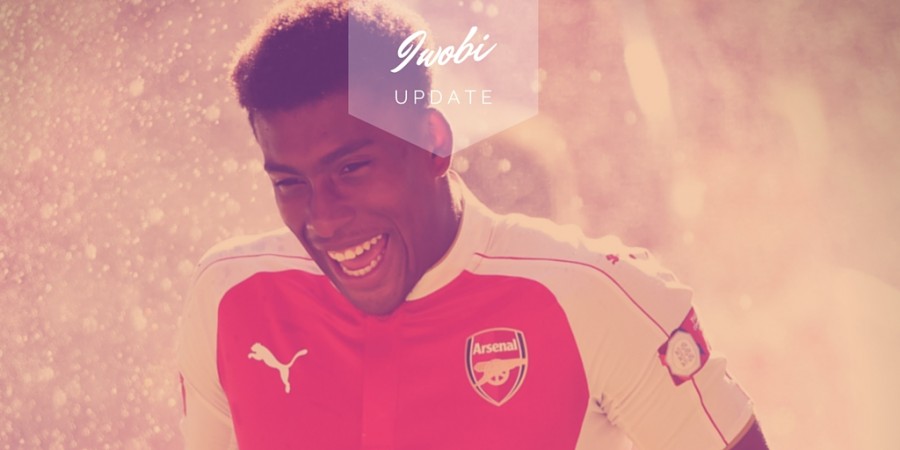 Young forward Alex Iwobi was given a surprise start at Camp Nou against Champions League holders Barcelona on Wednesday evening and he did not disappoint.

The question was can he do it on a rainy night in Barcelona? The answer is he did well, could have scored and his overall contribution was good in a difficult situation.

The 19-year-old did not freeze and did not seem troubled to be playing in such an important game, taking the match to the Barça defenders on a regular basis. On the defensive side, he did his job well trying to keep the team’s defensive shape when needed. This a crucial aspect of the game when playing a side like Barça, who are masters in keeping the ball and then finding a free player in an empty space.

Iwobi had a couple of shots that unfortunately were not on target, but his passing and movement showed no fear towards the opposition and you need players with personality and character in tough games.

Then there was the big and potentially game changing moment in the 35th minute of the game when he went down in the penalty area. The referee made a clear sign for a “no penalty” and to be honest, even after seeing a replay like five times, I am not sure how he managed to tangle his own feet together and trip himself.

There might actually have been a contact at the beginning of the sequence when Mascherano was chasing him but the video looked inconclusive. That would have been a good example for the video refereeing that will come into place in the forthcoming seasons.

So a very positive performance by the 19-year-old who was replaced by Walcott with a quarter of an hour to go, if he can consistently repeat this he will certainly have a bright future at the club and become a regular next season.