It’s finally here! The Champions League is back and the star studded Barcelona squad are in London.

The game itself is exciting, I’m already getting nervous, but how will Arsène Wenger head into the match? Big games have brought varied approaches from the Gunners: we tried to blow away Bayern Munich in the first leg of our tie in 2014 and Manchester United in October, but we sat back against the Bavarians in this season’s group stage and against Manchester City in December.

Well, I think Arsène Wenger will be conservative and look to stifle the visitors as we did in the 2-0 defeat of Bayern just a few months ago.

No doubt Petr Čech, who has played eight times against Lionel Messi without conceding to the best player in the world, will start in goal. In front of him, we anticipate starts for what has been Arsenal’s first choice back four for the entire season: Héctor Bellerín, Per Merteasacker, Laurent Koscielny and Nacho Monreal. It’ll be a busy night for them.

Bellerín may well be facing the biggest test of his career so far with Neymar up against him, while Monreal has been superb all season but has an unenviable task trying to defend against Messi.

Incredible athletes Aaron Ramsey and Francis Coquelin should make up the midfield, with Ramsey adding to Arsenal’s capabilities transition as well as being asked to collect the ball from deep. Coquelin will be an enforcer, trying to hassle opposition players as often as possible.

Out wide, Alexis Sánchez is out of form but will be in the side to face his former club. Could this be the test he needs to recapture his devastating best? The Chilean has struggled all season but Tuesday’s opponents know all about him and just how much damage he can do. On the other wing, Alex Oxlade-Chamberlain has been improving lately and warrants another start. The 22-year-old could be incredibly important when Arsenal counter-attack but will need to switch on defensively to help Héctor Bellerín manage Neymar and Jordi Alba, as well as lendind a hand to Coquelin when the marauding playmaker Andres Iniesta is in possession.

Naturally the number 10 role is reserved for Mesut Özil, but he could tuck much deeper into midfield than usual, giving us a solid 4-5-1 shape behind the ball before unleashing counters. The German’s vision and passing will be crucial for those.

Up front, Olivier Giroud, Theo Walcott and Danny Welbeck will hope to start. My pick would be Giroud, who has scored in some huge games this week and is excellent at holding the ball up, capable of bringing others into play and allowing the midfield to catch up. Then Welbeck and Walcott can, once again, do their thing from the bench and terrify with their pace late on. 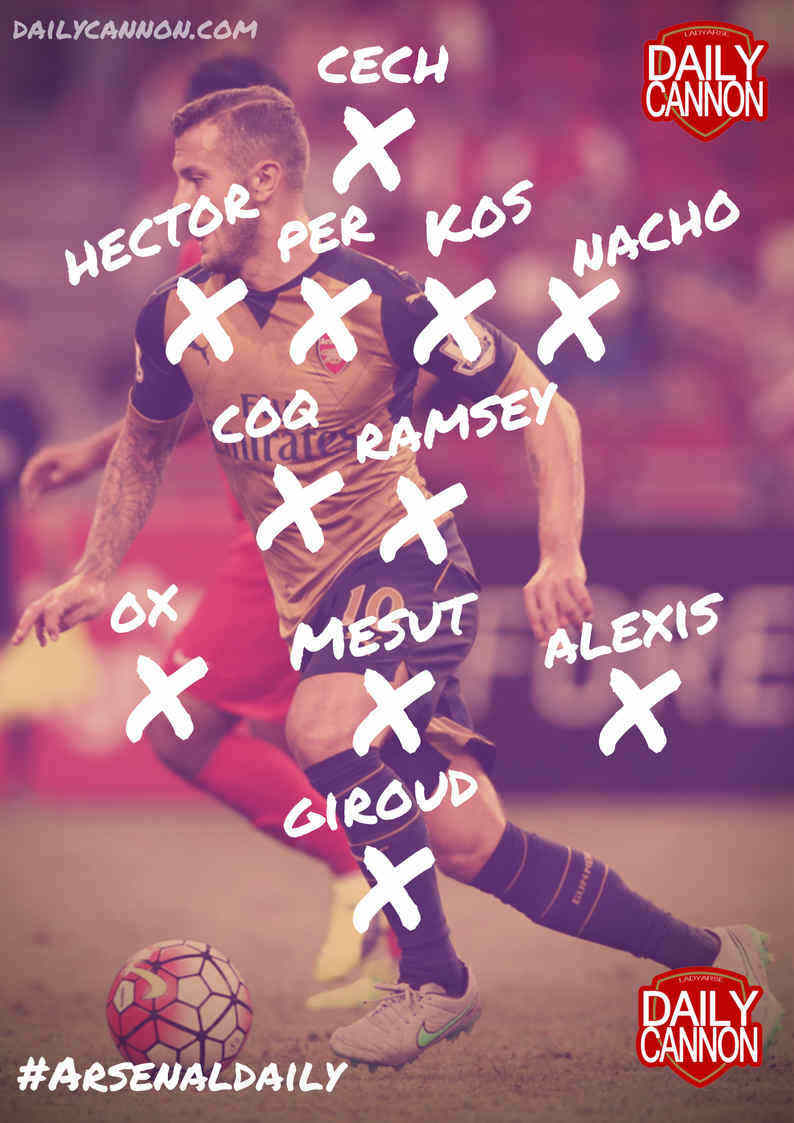