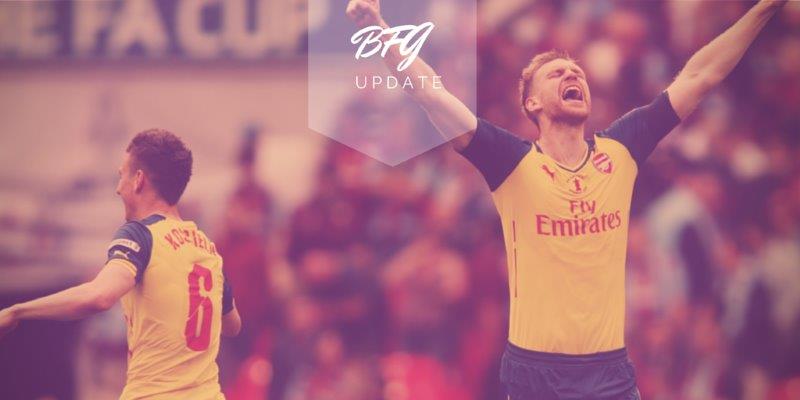 Hull City goalkeeper Eldin Jakupovic has received a lot of credit for the goalless draw on Saturday afternoon, but Per Mertesacker isn’t convinced he deserved it.

The Gunners were far from ruthless in front of goal and, though a couple of his saves were excellent, Jakupovic made 11 stops in total with many efforts straight at him.

“We had a couple of good chances and we couldn’t keep the pressure as high as we wanted, especially in the second half,” Arsenal defender Per Mertesacker said after the match. “We had enough chances to win, but we were unlucky at times. Overall it was disappointing, especially our finishing.

“We allowed [Hull goalkeeper Eldin Jakupovic] to make some decent saves because we were not that decisive.”

Jakupovic’s strongest stops denied Joel Campbell and Danny Welbeck in the second half, but Arsenal had more opportunities to win the game. It’s not the first time this season a goalkeeper has been lauded for his performance against the Gunners, but is there more to the trend than the theory that men between the posts all happen to have great games against the Gunners? Mertesacker believes so.

“It is down to us, we produced a good defensive performance but overall in the final third, that little final pass at the end, we always rushed ourselves at times to finish so we need to learn from that.”

That’s something to learn from going ahead, hopefully there’s some extra finishing training between now and the end of the season.