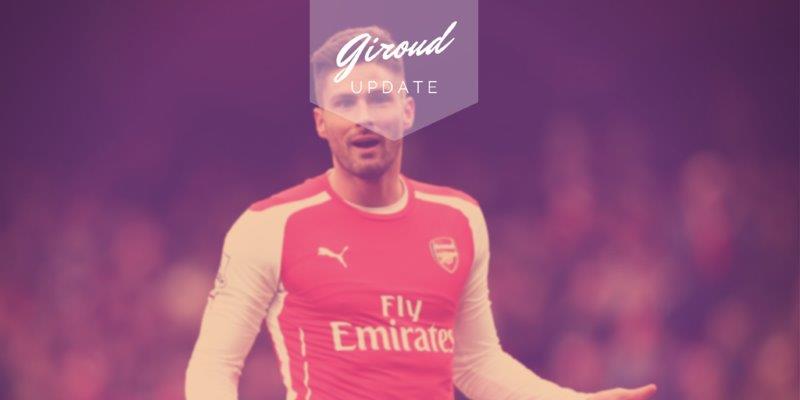 Olivier Giroud has given the metaphorical finger to his haters ahead of Arsenal’s match with Chelsea.

The striker, who despite apparently having a rocky season, has been remarkably consistent, insists that he doesn’t lose sleep over the people who doubt him and that all he can do is continue to work hard for the team.

“I don’t question myself about that,” Giroud said.

“I try so hard to give my best for the team. I want to give everything to always improve myself, that’s what I’ve been doing this year and hopefully I will reach my targets, my number of goals, to help this team to win the title.

“That’s the main thing for me. After that, you will always have haters and people who don’t like you, but that doesn’t matter to me. I’m not going to lose any sleep over it or anything like that.”

At this stage, I find it hard to believe that Giroud actually has haters. I’m not saying they don’t exist considering I know there are still strange people out there who believe Mesut Ozil isn’t good enough, but I’m not sure what else the Frenchman can do to prove he’s more than capable of being our first choice striker.

The man has scored 18 goals in all competitions so far this season, with 12 in the Premier League alone, which leaves him on track to potentially get 30 by May. To put this into perspective, he only scored 19 in total last season and although his fractured foot probably had a hand in not breaking that 20-goal barrier, his goal to game ratio is improving steadily.

Giroud has shown time and time against that he doesn’t just perform, he performs against the big teams and is a crucial member of the first team. If there are still people who doubt him, I sincerely hope they wake up and smell le cafè soon.