Arsenal players made their way into the ITV and BBC Team of the Weekend, although the people picking them for those two sites had different ideas on who should be included.

Unsurprisingly, Laurent Koscielny made both teams with his goal being the difference between Arsenal and Newcastle on Saturday, but ITV felt that Petr Cech’s man of the match display should see him included while Garth Crooks thought Bournemouth’s Artur Boric should make it in because he saved a penalty against Leicester (and was also voted MOTM). 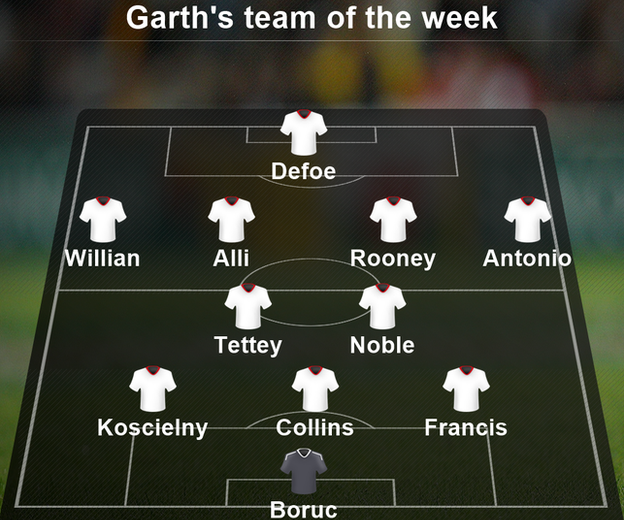 For the record, Boruc had a whoscored rating of 8.21 for his performance at the weekend, Cech 8.43.

Crooks added about Koscielny “Newcastle deserved something against Arsenal and got nothing. Laurent Koscielny has a habit of scoring goals in difficult circumstances and it saved Arsenal yet again.

“If the Gunners can win playing like this then we really should take them seriously for the title.”

Were you not already, Garth?