Seriously, the time is going by so fast!

October was so good for us and it is already over. I kind of wish it lasted a bit longer, but let’s make November even better!

And they won’t be easy, not even a little bit. First up? Bayern away. After an amazing win at home, what can we expect in Munich? I don’t know, but I’d be happy with a point and no new injuries.

Next up we are welcoming our lovely neighbors Spurs (#sarcasm). Here I’m asking Arsenal to go all out and win, no mercy on them.

After international break we have a run of three matches in eight days. First, we’re traveling to WBA, then Dinamo Zagreb at the Emirates. Now, this one we have to win as well. I won’t survive the Croats winning BOTH matches. At the end we have an (what now looks like) easy match against Norwich.

November shouldn’t be too hard for us, at least in my mind. I won’t mind not getting to the next round of UCL if we keep doing great in Premier League, but think it’s realistic to hope for a point in Munich and all three at home against Dinamo, just like six points from trips to WBA and Norwich. All in all, I’m optimistic.

Good luck to our boys! 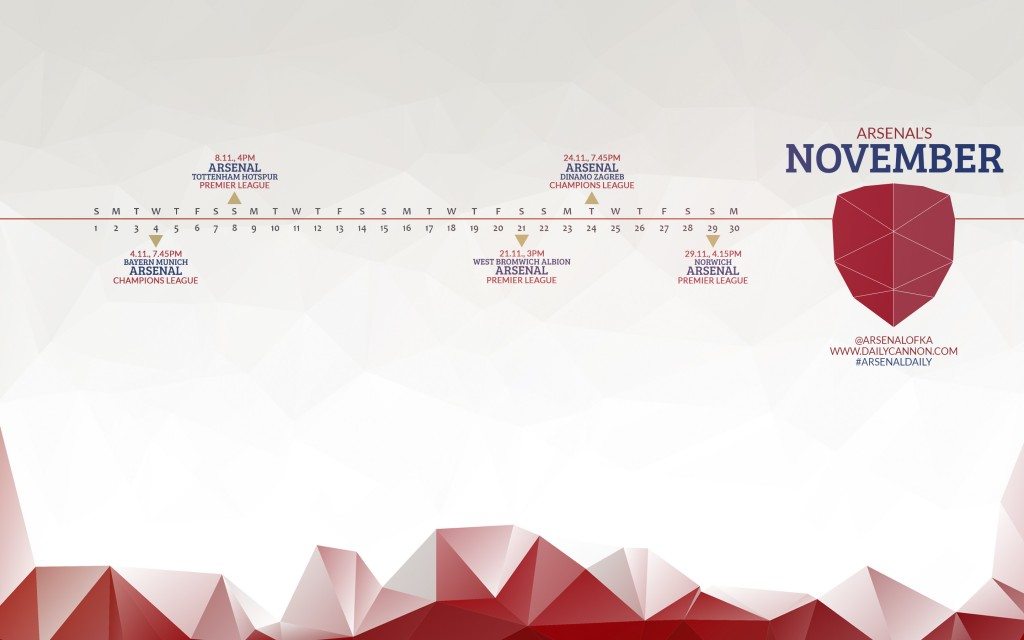 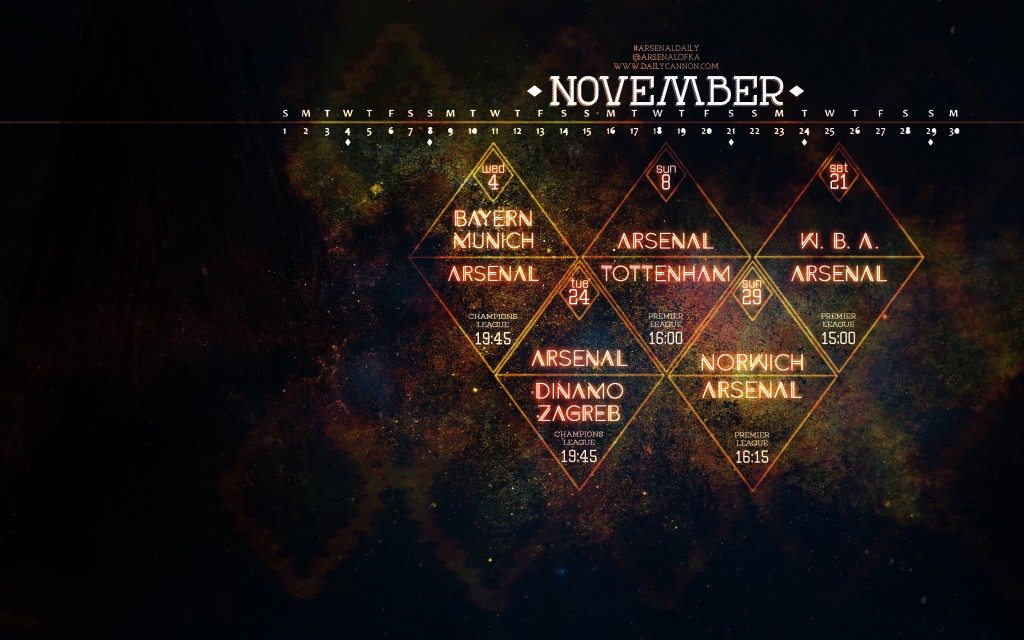 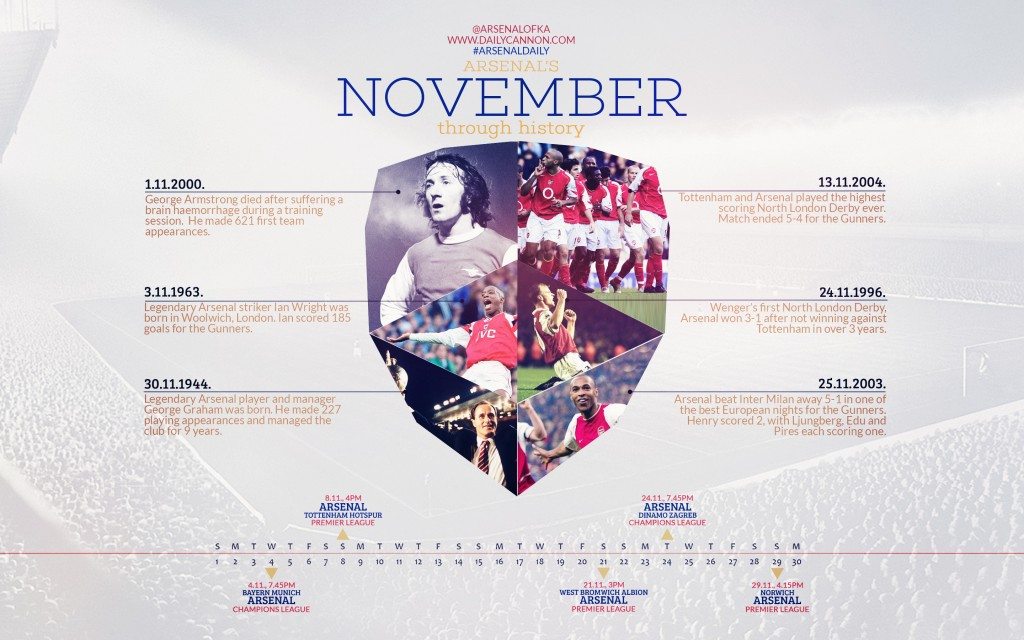