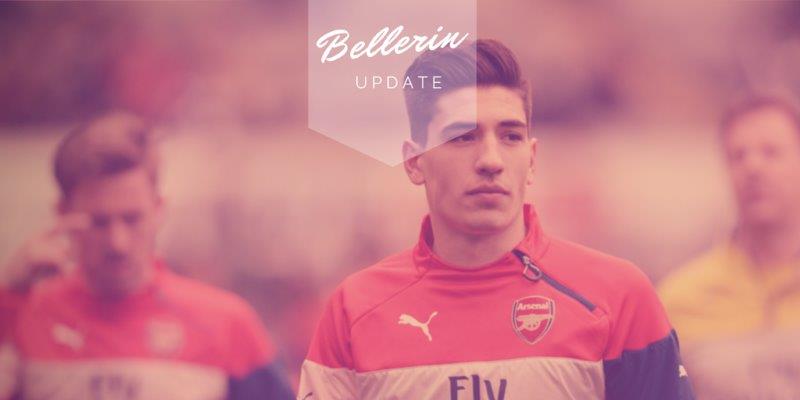 We’re now almost halfway through the season, and one of Arsenal’s best players has been a 20-year-old right-back.

Héctor Bellerín is very good. Strong defensively, explosively fast and dangerous in the final third, the Spaniard has pretty much everything and it doesn’t take a genius to figure it out.

No offence intended to Gerard Deulofeu, who has been telling Marca just what he thinks of the Arsenal defender.

“I love him,” said the fellow former Barcelona man.

Now tell us how you really feel, Gerard! But really, I love Bellerín too.

“Already last year he had a great season in the Premier League,” the Everton winger added. It’s true, and the defender’s improvement has shown no signs of stopping. He’s now played 41 times for the Arsenal first team and lifted the FA Cup. He could seriously argue that he’s the best right-back in England.

Asked who form the u21 setup could step into the Spain senior side soon, Deulofeu didn’t hesitate to give his wholly predictable answer.

“There are very good full backs such as Mario Gaspar, Juanfran and Dani Carvajal but Hector is very strong,” the winger added.

Mario Gaspar scored an audacious volley against England last week, his second goal in as many games for his country, and Bellerín has incredibly tough competition should he hope to play at Euro 2016 in the summer.

Having said that, he’s more than talented enough to make it. He should be back for Arsenal this weekend, and will certainly regain his place from Mathieu Debuchy if he is fit enough to start.

Arsenal have a star on their hands, and Deulofeu knows it.