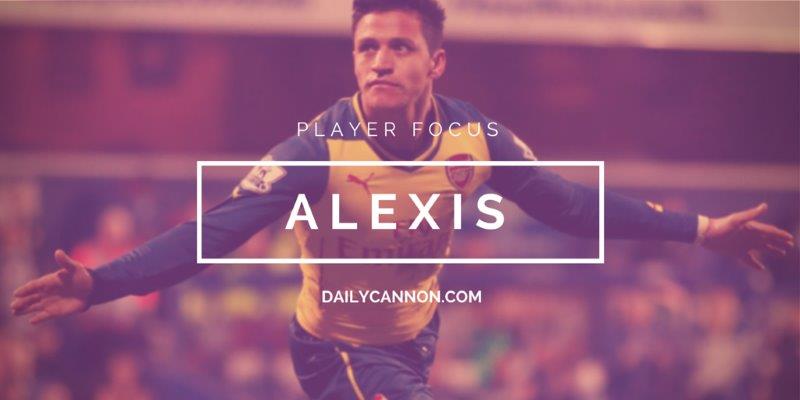 Earlier this week, Alexis was nominated for the Ballon d’Or.

The greatest individual prize in football will end up in the hands of either Lionel Messi or Cristiano Ronaldo, and that’s fair enough, so everyone else is fighting it out for third place. Compared to everyone else on the list, what chance does Alexis have?

He certainly has a claim to be in the top ten. The shortlist contains 23 names, but it feels like a number of them have made it on reputation alone. Yaya Touré won nothing last season and has scored just scored just ten goals that weren’t from the penalty spot since the 2014/15 campaign began.

Zlatan Ibrahimović is another big name who has scored 36% of his PSG goals since the penalty spot since the start of last season. Do either of this men really deserve to be included?

At the other end of the spectrum, Ronaldo and Messi have some competition. Neymar had an incredible season for Barcelona and remains the talisman of the Brazilian national team, while Luis Suárez has gone from strength to strength in Spain. Paul Pogba helped Juventus to a Champions League final and domestic double; Andres Iniesta went one better by winning the treble and picking up the man of the match award in UEFA’s showpiece game back in June.

And Alexis? Well, he’s the star of the Premier League, for sure. The Chilean has scored 32 Arsenal goals since his move from Barcelona, and it doesn’t stop there. The star man of his national team, Alexis scored the winning penalty in the summer to help his country beat Messi’s Argentina in the final of the Copa América.

In lifting his country’s first ever major title, Alexis has put himself right among the contenders. He’s scored Champions League goals, big international goals and a goal in the FA Cup Final.

There’s a very elite table of world class players in football. He may not challenge Messi or Ronaldo (yet!) but Alexis has joined those players threatening to be third best player in the world.