Throughout the build up to Tuesday night’s game, Arsène Wenger has talked about the need to start like we did in the 3-0 win against Manchester United.

Like United, but to a greater extent and with far more quality, Bayern Munich will look to control the ball. Pep Guardiola’s team will want as much possession as possible, and press Arsenal high up the pitch in order to win it back.

As a result, we expect Wenger to field a very similar looking team to the one which brushed aside Louis van Gaal’s men.

Petr Čech will be in goal on Tuesday night. David Ospina has started both Champions League games so far this season, but is injured (or is he?) so the Czech will resume his role between the posts.

At the weekend, Per Mertesacker started with Laurent Koscielny. This is the tried and trusted pair at the heart of the Arsenal defence, so the return of Gabriel is unlikely to force a change. Either side of them, the excellent Héctor Bellerín and thoroughly consistent Nacho Monreal should start, as Wenger fields his strongest side.

The regular midfield base of Santi Cazorla and Francis Coquelin will have their biggest ever test against the Bayern Munich midfield, and Arsenal will need playmaker Mesut Özil to shine. The German midfielder is in the best form of his Arsenal career, and has created more chances than anyone else in Europe’s major leagues so far this season. More of the same is needed.

Aaron Ramsey will play on the right, again charged with providing balance and huge amounts of energy. Should Bayern line up with three at the back, Ramsey will be asked to press the left centre-back as he did so well against Liverpool last season. Hopefully his superb movement can help him get beyond the Bayern backline.

The other wing will, naturally, be taken up by Alexis Sánchez. The Chilean has 10 goals in his last six games for club and country after a tricky start to the season, Arsenal are getting the best out of him. With Theo Walcott up front, the pace of Arsenal’s forwards could cause problems for a Bayern Munich side that likes to press high up the pitch.

Olivier Giroud and Alex Oxlade-Chamberlain should both be on the bench, providing Wenger with options to change the game should he need to. 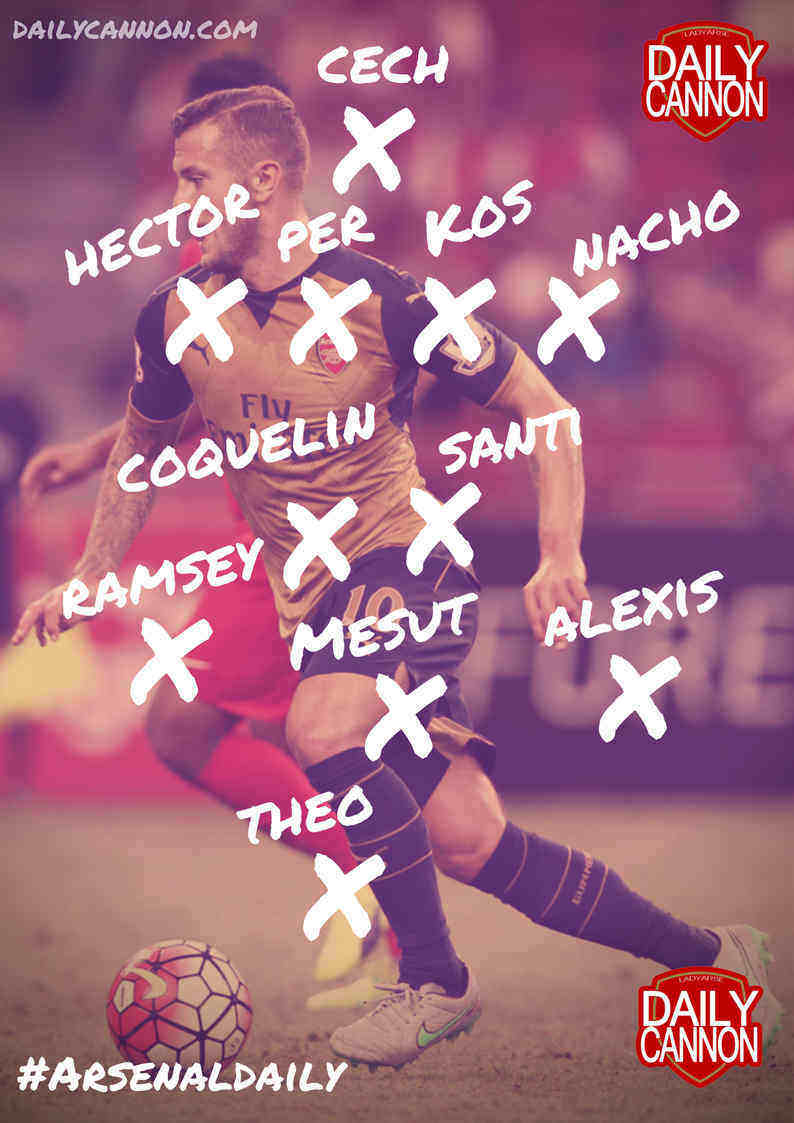