Arsenal travel to Sheffield on Tuesday night to get their League Cup campaign underway.

With a number of players who would have featured in this competition already out on loan, the boss will have to rely on his senior and fringe players to get the job done against a Wednesday side who are suffering something of an injury crisis at present.

We already know that Petr Cech will play in goal, with David Ospina injured and Matt Macey not being given the chance as Arsenal look to keep up their winning run.

I expect to see changes at fullback with both Nacho and Hector being replaced and while Per is fit again after recovering from illness, I’m not entirely sure we will see him return to the side.

Flamini could come back in for Coquelin with Theo replacing Giroud, the Ox keeping his position on the wing and Joel Campbell being handed a rare start as we look to give Alexis Sanchez a break.

Of course, trying to work out just what sort of side Arsene will pick for this competition is nearly impossible, but this is our best guess and we have zero confidence in it. 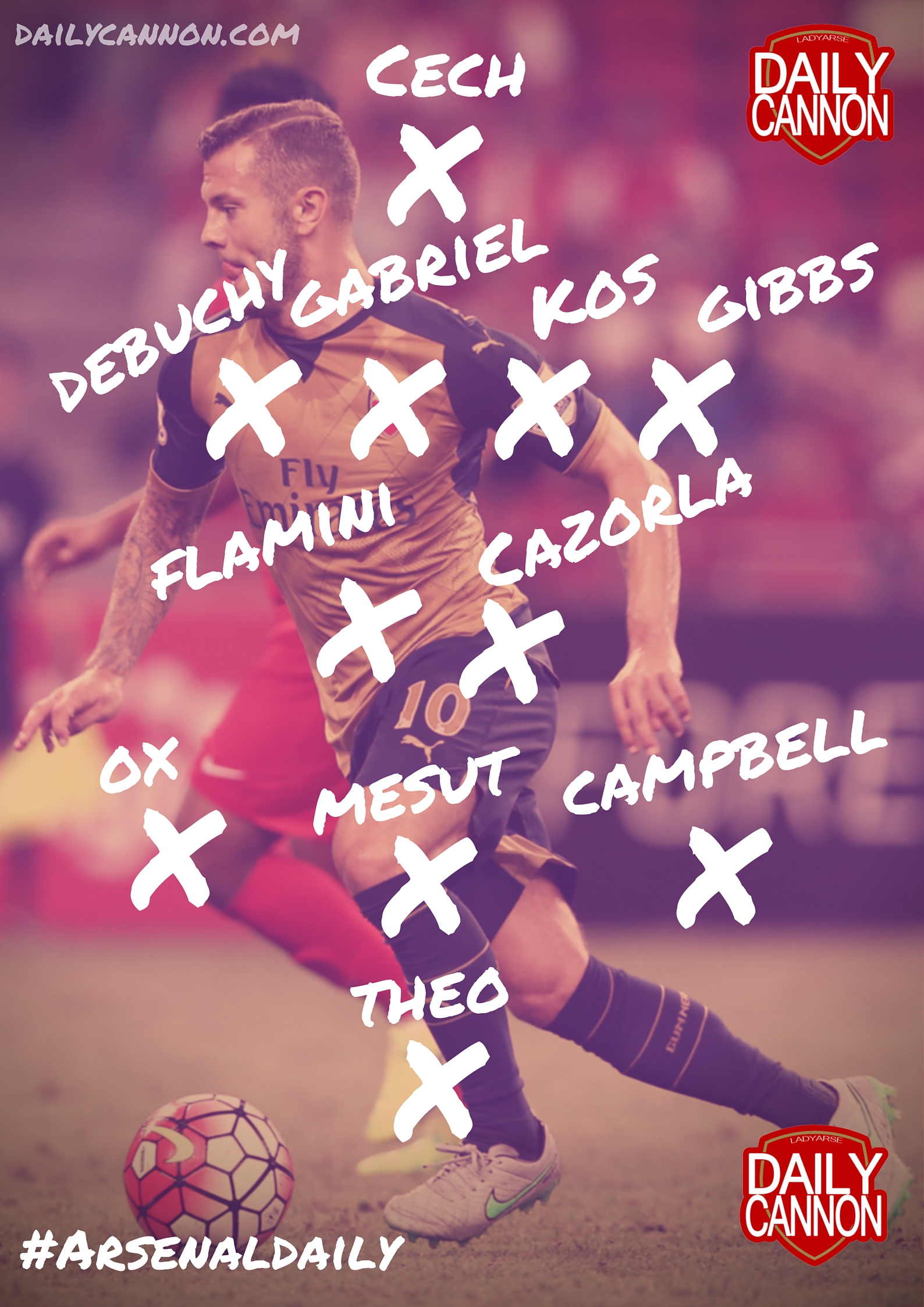