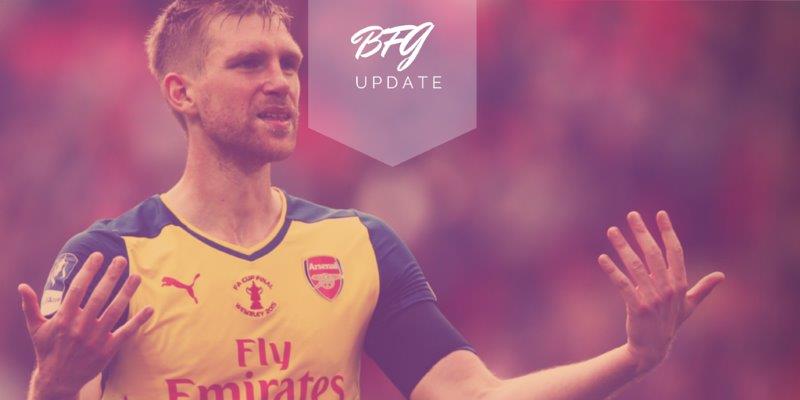 Gabriel started in the heart of the Arsenal defence for the third consecutive Premier League game on Saturday’s 2-0 defeat of Stoke City.

A third start of the season and a third Arsenal clean sheet, can it really be a coincidence? The Brazilian defender has been very impressive indeed.

That leaves a headache for manager Arsène Wenger, who has relied heavily on Laurent Koscielny and Per Mertesacker in recent seasons. The two defenders have formed a reliable partnership that has the manager’s trust, but he can hardly drop Gabriel in this form. Paired with Koscielny for the second game in a row on Saturday the centre-half is looking good in his first full season at the club.

“They looked very strong as Stoke had quite an offensive force out there and I felt Koscielny was outstanding and Gabriel had a very good game,” Wenger said in his press conference after the game.

“Coquelin as well was outstanding so we had a good triangle in the centre of the park. It was very strong.”

Mertesacker wasn’t involved on Saturday, not even featuring on the bench despite returning to training. The manager has said that the German lacks match fitness following four weeks without a game and has reassured him ahead of his return.

Whether or not that comes soon remains to be seen, but the Arsenal vice-captain must still be seen as an integral part of the side. All he must do is take his chance, as Gabriel has, next time he is in the team

“He should not worry. He should just come back and play,” Wenger said. “It is good we have four centre backs and this produces a problem.”

“It is always a vicious circle and at some stage you just have to believe in your players and Gabriel has shown that he can play with Mertesacker, he can play with Koscielny and he can be a great defender.”

The manager calls it a problem but it is one that he will be delighted to have; Arsenal have a number of reliable defenders to call upon whenever they are required.