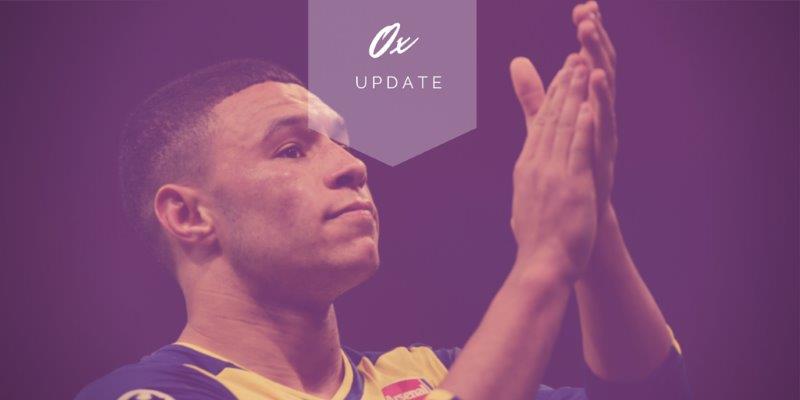 At 18 years of age, Alex Oxlade-Chamberlain broke into the Arsenal first-team.

Scarily, Thierry Henry was back at the club for a loan spell at the time. They both played in the 7-1 demolition of Blackburn Rovers and it will be a huge shock if the Englishman was anything but awestruck. Back when Henry was becoming an Invincible and managing 30-goal seasons for the Gunners, ‘the Ox’ wasn’t even a teenager.

Sharing a pitch was one thing, but taking advice and confidence from Henry must have been a spectacular boost

“It was before a Manchester United game,” said the Arsenal and England midfielder. “He put me in a headlock just before I went out.

“Then he whispered in my ear, ‘When you are on the pitch, make sure you are 100 per cent with your belief in your abilities.”

“To hear somebody like him say that to me was really amazing.”

Coming from a club legend, one of the greatest strikers to ever play the game, must have been crazy. A sudden rise to stardom saw Oxlade-Chamberlain break into the England squad by the end of the 2011-12 season.

Having the wisdom of a player like Henry must have been a huge boost for the young midfielder, but now it is about time he kicked on. Saturday’s game against Newcastle saw his effort diverted in by Fabricio Coloccini for the only goal of the game, and it’s about time he started having more of an impact on matches.

Perhaps we’ll see that after the international break.