A rare thing, Arsenal saw an international break come and go with no new injury concerns.

In fact, with Per Mertesacker returning Arsène Wenger now has more players at his disposal than he did a fortnight ago, and that may give the manager something of a headache.

Mertesacker has been incredibly reliable over recent season, when fit there’s never any doubt that he will make the team sheet. However, Arsenal now have Gabriel who, in the German’s absence, performed excellently as Arsenal kept two clean sheets against Liverpool and Newcastle United. Gabriel probably suits Mertesacker more than he suits Laurent Koscielny, but Wenger trusts players and doesn’t tend to drop them when they’ve taken their chance so we may just see Per on the bench on Saturday afternoon.

The usual suspects Petr Čech, Héctor Bellerín and Nacho Monreal will start in goal and at full-back to complete the back five.

Midfield is tricky with Mesut Özil, who missed the trip to Newcastle, available again. Arsenal missed his guile and the German will start, but that pushes one of Aaron Ramsey, Santi Cazorla and Francis Coquelin out of the middle of the pitch. Mikel Arteta is also determined to get back in the team but hasn’t started since November so is unlikely to be reinstated.

Expect Wenger to revert to last season’s go-to system with Cazorla partnering Coquelin and Ramsey playing from the right wing.

Arsenal may then have some issues as Alexis Sánchez will also fail to provide width from the opposite side, and then it is a case of selecting Theo Walcott or Olivier Giroud up front. Walcott would be best suited – for him and the team – from the right but with Wenger desperate to accommodate Özil, Ramsey and Cazorla that isn’t likely. Stoke won’t play high so Giroud is the expected choice for this one.

Arsène Wenger’s job picking the team is becoming less straightforward, but that is usually only a good thing. Hopefully he will find a winning formula soon. 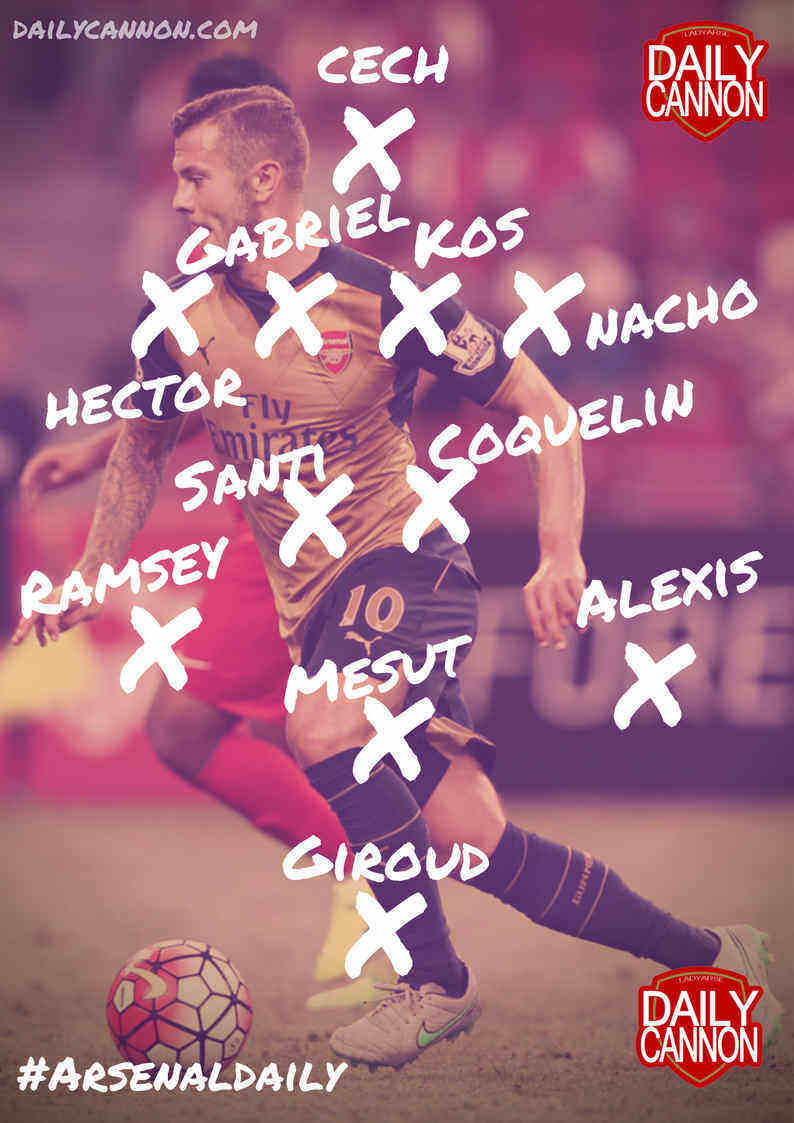 Patino full debut: How Arsenal could line up vs Nottingham Forest

Partey to stay: How Arsenal could line up vs Manchester City

Tomiyasu to return: How Arsenal could line up vs Norwich City