A heavily rotated Arsenal side won 2-1 at White Hart Lane on Wednesday night, but we aren’t expecting many of those players to feature again when the Gunners travel to Leicester on Saturday.

The Foxes, unbeaten after six games, will get lucky as they almost certainly won’t have to face Mathieu Flamini.

Petr Čech will take his place in goal with Laurent Koscielny ahead of him. His partner may well be Per Mertesacker; the pair are hugely trusted by Arsène Wenger and the German has a good chance of reclaiming his place from Gabriel. Nacho Monreal and Héctor Bellerín should return to make up the back four.

In midfield, Arsenal still haven’t revealed (if the club themselves are even aware) the extent of Francis Coquelin’s knee injury suffered at Chelsea, so Mikel Arteta could retain his role at the base of the midfield*.

If he does, will Aaron Ramsey play centrally again? Santi Cazorla returns from suspension but a partnership with Arteta didn’t work out in Zagreb.

Mesut Özil was rested as an unused sub on Wednesday night and is sure to return, with Alexis Sánchez almost definitely coming back into the starting XI.

That leaves right midfield open. Alex Oxlade-Chamberlain is an obvious candidate and impressed from the left on Wednesday, but has been out of sorts so far this season. Santi Cazorla could also be asked to fill in on the right with Bellerín providing the athleticism his compatriot lacks.

The third option is Theo Walcott, who could play wide if he isn’t chosen up front. Walcott came on as a late sub at Tottenham and played on the right flank with Olivier Giroud up front, but the Englishman has started centrally in Arsenal’s last two Premier League games.

*If Coquelin is fit (we don’t know at the time of writing) assume he will play centrally with Cazorla, shifting Aaron Ramsey to the right wing. 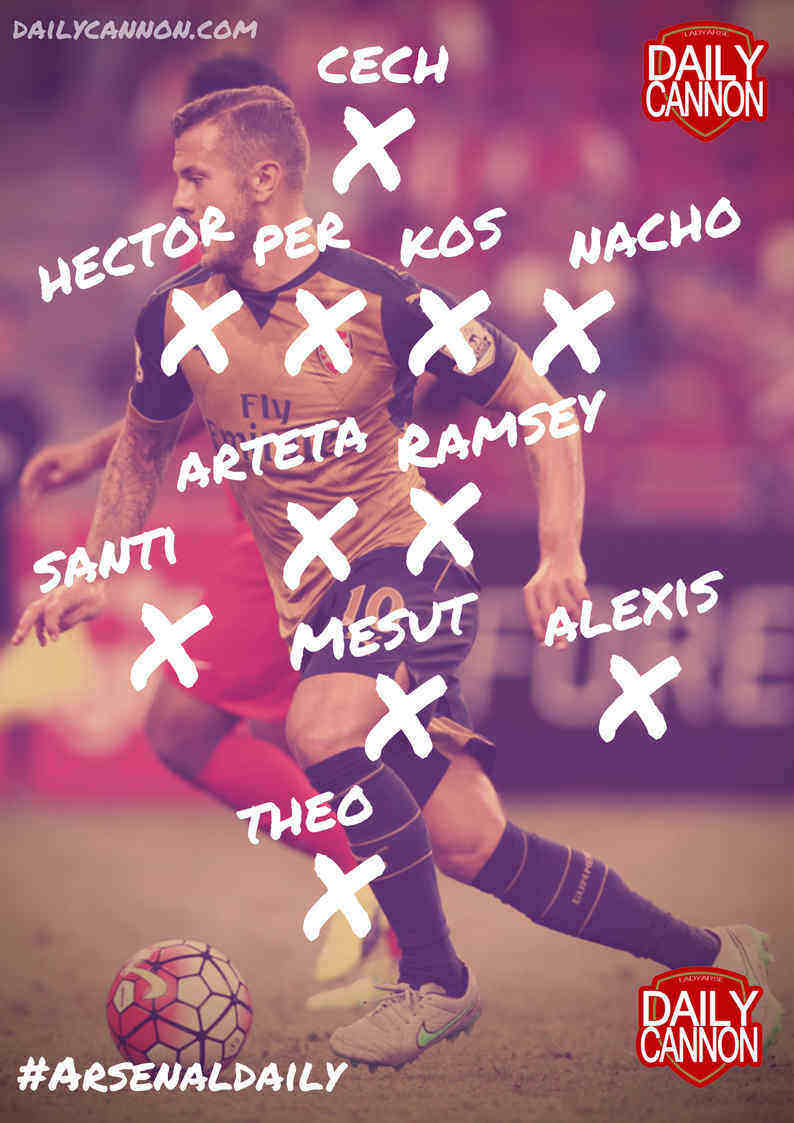