Arsène Wenger will name his first Champions League team of the season on Wednesday night, but who will he pick?

Héctor Bellerín and Aaron Ramsey have been left at home to rest ahead of the Chelsea game on Saturday while Per Mertesacker still isn’t back, what about the rest of the side?

Petr Čech will surely start in goal with Gabriel and Laurent Koscielny ahead of him once more. In Bellerín’s absence, Mathieu Debuchy is certain to get his first start since the opening weekend defeat to West Ham United in August.

We’re wondering if Nacho Monreal will be given a rest ahead of the weekend. Arsenal have senior replacements in every position, so Kieran Gibbs could be given the shirt on Wednesday.

The defence would then notably be lacking in ball players, with Mertesacker, Bellerín and Monreal all out for various reasons and Wenger may be tempted to rest Francis Coquelin to award captain Mikel Arteta with his first start since November alongside Santi Cazorla.

Mesut Özil and Alexis Sánchez will surely play from the beginning, with Alex Oxlade-Chamberlain likely to take Ramsey’s place on the right. That leaves Theo Walcott and Olivier Giroud battling it out for the role of centre-forward. Will Theo get the nod for a third consecutive game? 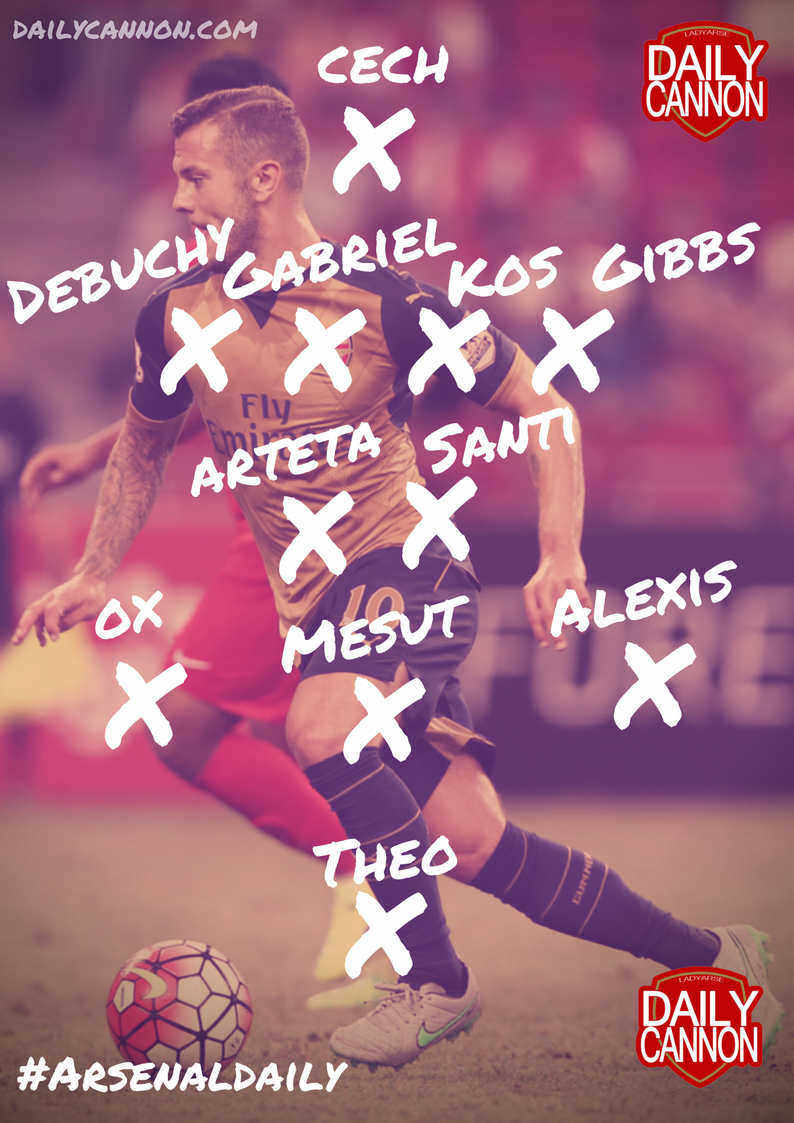