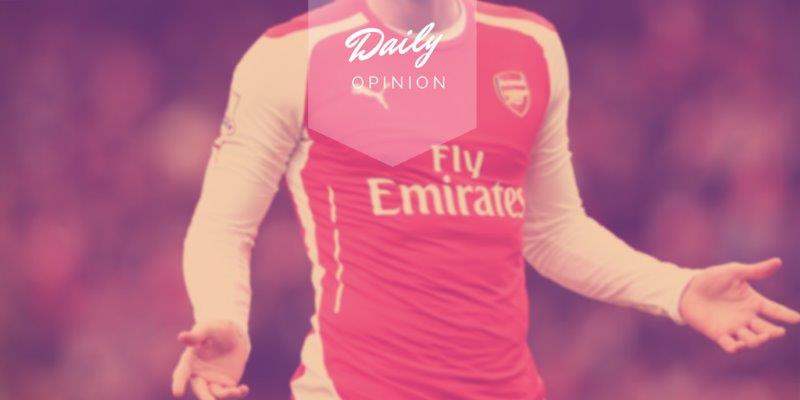 Every game, for 90 minutes, the opposition and the referee will not help us win.

They will not afford us any space for errors, our mistakes will be punished.

The issue is, we don’t seem to have realised it. Once again on Saturday, an Arsenal player gave a referee an excuse to show him a red card. Mike Dean obliged and essentially handed Chelsea all three points in the process.

Diego Costa should have been sent off (at least three times if we’re being honest) and the fact he wasn’t is ludicrous, but beyond our control.

What isn’t beyond our control is the behaviour of our players, and Gabriel gave Mike Dean the opportunity to produce a red card. The caution was fine, he was standing up for teammate Laurent Koscielny after Diego Costa had hit him in the face twice.

Gabriel was involved in some grabbing and shoving, and it’s vital that our players don’t allow opposition players to intimidate them. The ridiculous nature of the red card that swiftly followed was ludicrous.

Walking back to the halfway line, it’s clear Costa was still doing his best to aggravate the Arsenal centre-half, and it worked. Walking backwards with the striker behind him, Gabriel lifted his leg and feebly prodded it into the Chelsea man.

Chelsea’s outrage put pressure on Dean, who was right there as the incident took place, and the referee sent the defender off with little hesitation.

We all knew exactly what Costa would try heading into the game and it worked, with the Gunners down to 10 men Chelsea had a huge advantage.

I understand the frustration of Gabriel, but you have to be smarter about it. Why not go through the striker next time he gets the ball? Why not make sure you give him a sly dig when the ref is unsighted?

Arsenal were hard done by at Stamford Bridge, but you can’t help but feel the players have got to start being smarter before naivety costs us again.