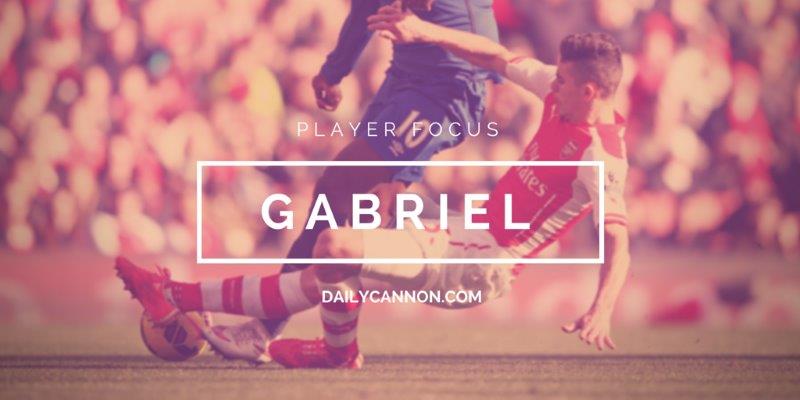 A strong first appearance of the season saw Gabriel claim a clean sheet for Arsenal.

The Brazilian defender was brought into the team with both Per Mertesacker and Laurent Koscielny missing and put in a solid display against physical striker Christian Benteke.

The defender, signed from Villarreal last January, was assertive and fairly dominant in the 0-0 draw, which preserved a pretty good record he has going at the moment.

In nine Arsenal appearances Gabriel is yet to lose. Monday night’s draw was actually the first time Arsenal haven’t won when he has been on the pitch.

It was only his fifth start for the club and it seems as though his grasp of English still isn’t perfect, but Gabriel was in fantastic form. No defender completed more ball recoveries, while he won 100% of his attempted tackles. The defender also completed all six of his attempted clearances, including four in the air.

With Calum Chambers taking a half to find his feet, Gabriel’s proactive approach to defending was incredibly useful. He’s an incredibly suitable replacement for Laurent Koscielny when the Frenchman is unavailable and, at five years Koscielny’s junior, may well be after his place in the team looking further ahead.

With Chambers and Mertesacker both happier to sit off and read the game, Gabriel can provide a good balance, attacking the ball. Let’s hope his fantastic Arsenal record thus far continues for a while yet.