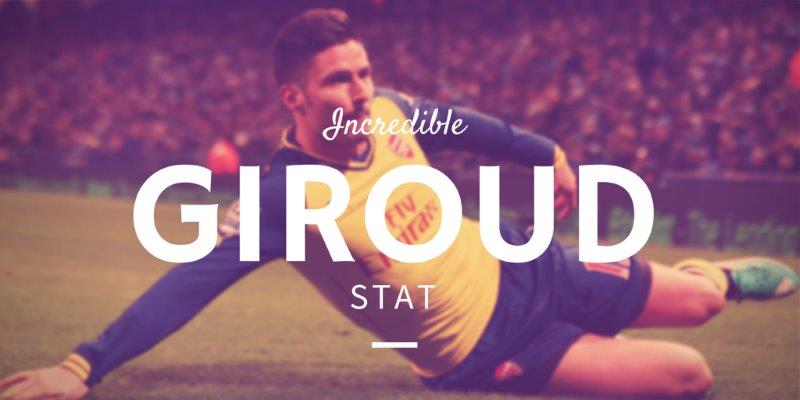 Arsenal striker Olivier Giroud is oft marginalised, but no bad word can be said about his performances against this weekend’s opponents.

Arsenal travel to St. James’ Park for Saturday afternoon’s Premier League clash, and the Frenchman has fond memories of previous performances against Newcastle both home and away.

Six Arsenal appearances against the Magpies have seen Giroud score eight goals in six Arsenal wins. Last season the striker scored both Arsenal goals in a 2-1 win, and he also nodded in the only goal of the game when Arsenal visited the north-east during the 2013/14 season.

“I am not going to say [why I do well against Newcastle] because then there are no more secrets,” the striker joked to Arsenal Player. “I need to keep them for me! It is maybe luck or I don’t know, but I really want to keep scoring against them and help the team win the three points.

“It doesn’t matter who scores, but if it is me I will be really happy because it is always nice for a striker to score.”

Then again, maybe it does matter a little bit who scores.

“You want obviously to continue the good momentum,” Giroud confessed, but his priority is still clear. “For me it will be a bit special, but the main thing is to return to London with the three points.”

“We need the win, so we will go there with a big motivation before the international break. It is never easy to play there, even if we have been successful in the last games against them, especially there. We are aware it is going to be a tough game and we need to be at 100 per cent.”

Arsenal badly need all three points on Sunday, so hopefully Giroud can deliver in what is essentially his second home once again.