Aaron Ramsey is gearing up for a title charge with Arsenal in the new season.

The young midfielder, a New Balance ambassador, showed signs of his imperious best last season but was frustrated by a series of hamstring injuries which really hampered his ability to hit those 13/14 heights.

With the Gunners being linked with a host of new midfielders (Arturo Vidal, Paul Pogba, Morgan Schneiderlin, James McCarthy blah, blah, blah), Jack Wilshere looking to make up for another lost campaign last season, Mikel Arteta signing a new contract, Francis Coquelin shining, Santi Cazorla in imperious form and Mesut Ozil a guaranteed starter, the Arsenal boss clearly has a headache – where does he fit Ramsey so he gets the best out of him and the team?

Here at Daily Cannon we’ve always been massive fans of the Welshman, even when he was enduring his worst run of form and nothing was working for him. What we saw during 13/14 was what we all knew he had inside him and why Wenger worked so hard to convince him to join Arsenal in 2008 when Manchester United were doing their best to land him themselves.

His aim is simple: “I want to keep on improving as a player, and become the best…one of the best midfielders in my position in the world,”. It is a lofty aim but there are no sniggers when Ramsey says something like this, as there were when Nicklas Bendtner declared his intention to be the greatest striker in the world all those years ago. Ramsey has everything it takes to become the best in the world. He lacks for neither skill nor desire. He has shown his ability to overcome adversity, first his shattered leg courtesy of Stoke’s Orc captain and then when he couldn’t play a pass to save his life.

His desire to keep improving also sets him apart from his peers, never happy with how he is now and always striving to learn and do better. “In all ways I want to be better, in all of these things that top midfielders can do. 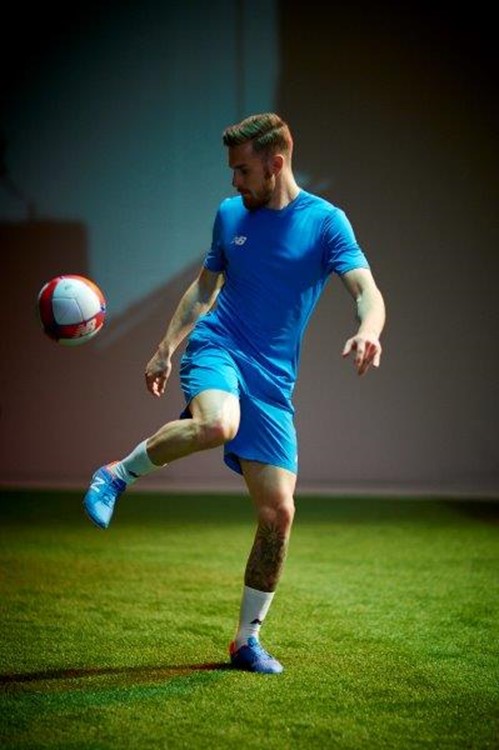 So as the new season approaches, are we likely to see Rambo deployed out on the right once again, a position he has admitted he doesn’t prefer but is willing to do?

It’s hard to tell with Wenger.

Often he sticks players out wide (famously on the left) because it teaches them better ball control and how to operate with limited space, but that isn’t why he’s shunted Ramsey out onto the flanks. That was simply to accommodate him in a team filled with talented midfielders, as the boss knew he couldn’t leave Ramsey on the sidelines. Theo Walcott’s fitness and form problems also opened up a gap in the squad and, with Ramsey’s willingness to work hard – something we all know Theo can be a bit reluctant to do – it was an elegant solution to a tricky problem.

But surely he can’t continue to be played out there, can he? After all, when you push him out wide you rob the side of his box-to-box dynamism, and while he’s grabbed a number of goals and assists from that position, we all know that he’d get more through the middle. 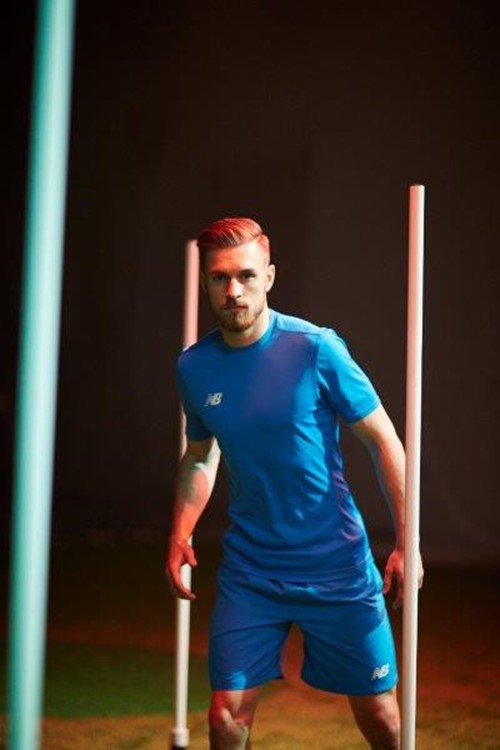 With all the press speculation regarding midfielders coming in to the club, it’s easy to get carried away and forget about the immense amount of talent already at the club, of which Aaron Ramsey is undoubedtly one of the brightest lights.

He may be behind Welsh teammate Gareth Bale when it comes to international plaudits, but I wouldn’t swap him for the Real Madrid man and it seems like Ramsey himself wouldn’t take Bale ahead of Alexis Sanchez. “Gareth’s a lot more athletic. You’ll just knock the ball in behind and he’ll get on the end of it, create things and score goals,” Ramsey said recently at the launch of the New Balance Visaro and Furon boots in London.

“Alexis’ work rate, determination to succeed and win the ball back and score is quite sublime as well. I’m just really happy for him to play for Arsenal.

“They’re great players and it’s hard to separate them.”

So are you Aaron, so are you.

Aaron Ramsey is an ambassador for New Balance and features in their new boot promotional campaign. This post was sponsored by New Balance.