It seemed like he was set for the Arsenal door just one season after arriving, but David Ospina is not giving up on his dream quite that easily.

The Colombian seemed certain to be a casualty of Petr Cech’s arrival at the club but with his assertion that he would stay and fight for his place and Wojceich Szczesny being shipped off on loan to Roma, it looks as if he will get that chance.

“I am happy to be part of one of the best football clubs in the world. I adapted quickly to Arsenal because I have an excellent group of team-mates. Regarding football, it has been a really positive season and I hope I can carry on helping the club,” the shot-stopper told Arsenal. 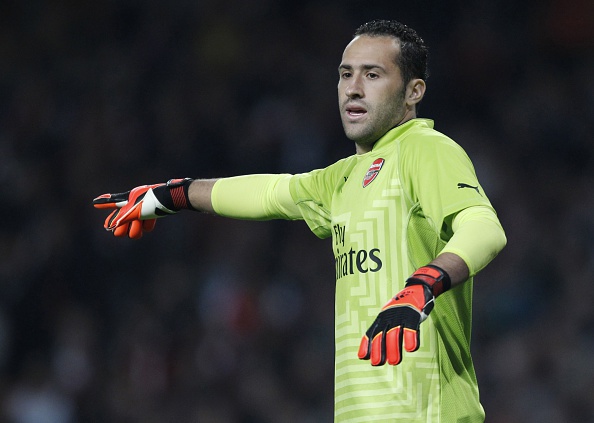 Handed the number one jersey last season after Wojciech Szczesny went a step too far at Southampton, he never looked back, admitting that it is a ‘dream come true’: “I am thrilled. It’s a dream come true. Now I have to work hard in every training session and make the most of every opportunity. There’s a lot of competition for the No 1 spot. Therefore, I can’t look anywhere beyond the next game. I will face each challenge and look forward to it.”

It’s hard, however, to see him wrestling the shirt away from Petr Cech in quite the same way this season despite impressing in the league last year and keeping 10 cleansheets in all competitions but he won’t be resting on his laurels and aims to keep on improving.

“As a goalkeeper you must improve day after day. I would say that the nicest thing of being a goalkeeper is that you always have to improve in every aspect, even in those areas you master. You must work a lot on the areas you falter too! We are lucky we can strengthen our weaknesses in training. We have to keep on working with the same winning mentality so we can think of important things for next year.”

With Cech around at the club to offer advice, you wouldn’t bet against him.