It’s no wonder that he is. The goalkeeper won everything during his 11 years at Chelsea, claiming a total of 13 major honours but now is the time for him to move on after losing his place to Thibaut Courtois. 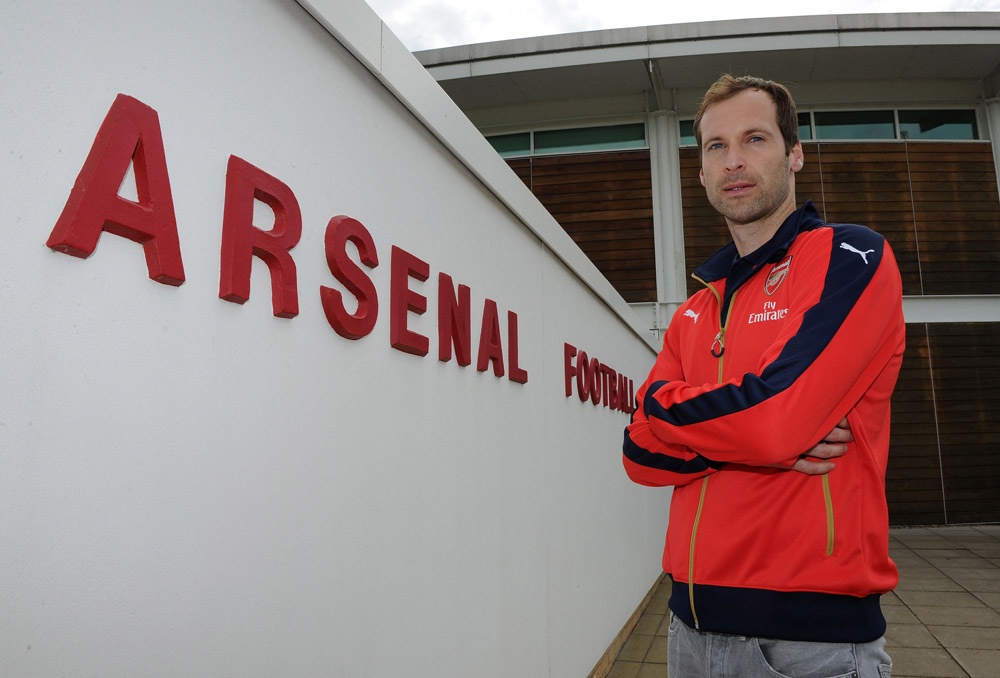 The Czech international is a man Wenger has chased for a long time, and the Arsenal manager has finally got his man.

“Petr Čech is a player that I have admired for a long time,” said Wenger when talking to Arsenal.com about the deal.

“I am very pleased that he has decided to join us. He has proven over many seasons that he is one of the outstanding keepers in the world and he will add great strength to our squad.”

It has been a long wait for Wenger, who tried to sign Čech while he was just 20 years old and still at Sparta Prague. French club Rennes landed the goalkeeper after Arsenal were held back by work permit restrictions, and two years later the big goalkeeper was at Chelsea.

“We wanted to take him before he went to Rennes but we could not get a work permit,” Wenger told the Evening Standard a decade ago.

“At the time he had not played the necessary amount of games for his national team.

“Yes, we missed out – but these things happen.”

Since it emerged that Thibaut Courtois would be the future at Chelsea, Wenger has been attempting to bring Čech to north London once again. A deal was scuppered in 2013 when Courtois was loaned out to Atlético Madrid, and Chelsea wouldn’t sell in 2014 as last season sbegan with some uncertainty surrounding who José Mourinho would favour.

The Portuguese plumped for the Belgian, and a year later Čech has joined the Gunners.

After a very long wait, Arsène Wenger has got his man.