Our captain and FA Cup final goal scorer is the star of this wallpaper!

He doesn’t score very often and is often taken for granted but I think he’s a huge part of our team (not only cause he’s huge!).

He has been good in defence this season, no matter how slow he is. He does the job. He’s also a constant threat in set pieces and you never know when he’ll score. The goal in final was a classic Per goal.

I love his celebration, so had to put it on a wallpaper. Hope you like it! Who’s next, Theo? Alexis? Giroud? 🙂 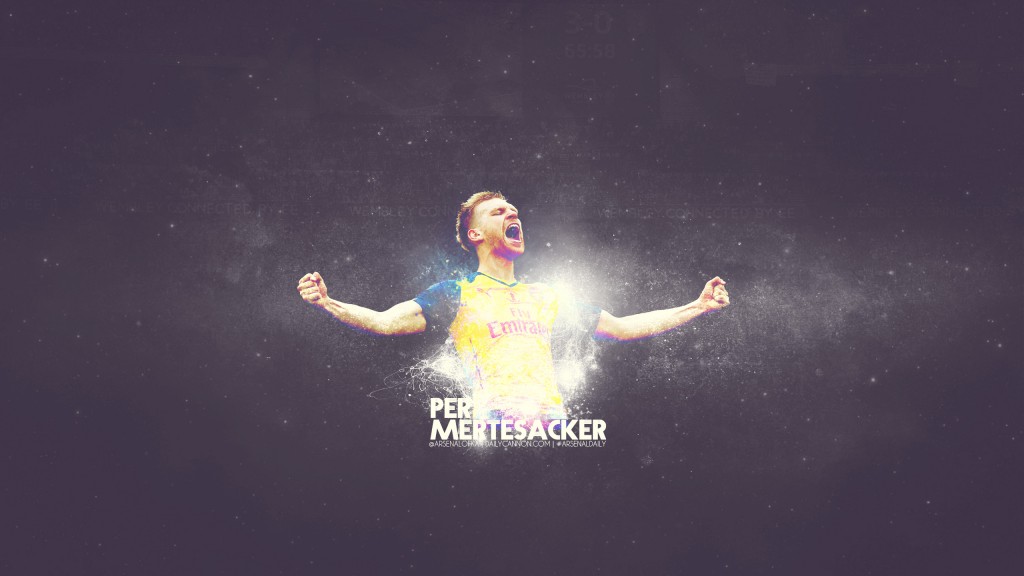