No, I’m not gonna pull a Jack Wilshere (although it’s perfectly fine!) but it did happen again, we have won the FA Cup again, second year in a row, sixth time for Wenger and 12th time overall! What an accomplishment!

Just like I had written on the last wallpaper – it was a victory for history.

Unlike last season, this was pretty much a straight forward match. We were the much better team for the  full 90 minutes, playing great football, creating lots of chances and scoring amazing goals.

Alexis’ goal could easily be goal of the season in whole effing Universe, if you ask me.

The pitch celebrations were just as amazing as last season, with lots of champagne, and players going crazy.

The podium was not in front of the “yellow wall” of gooners, however, so I decided to include it in this FA Cup wallpaper.

I was disappointed at first that we’re not in our traditional colors, but boy, does our away kit look great! I’m pretty happy how this turned out, and hope you guys will be too!

More FA Cup related walls will be up for sure, it’s a historical moment that won’t get boring any time soon.

Oh, btw, the iPhone wallpapers are a bit cropped, since they are pretty narrow and the photo is wide, but you can still see the main stuff 🙂 Enjoy! 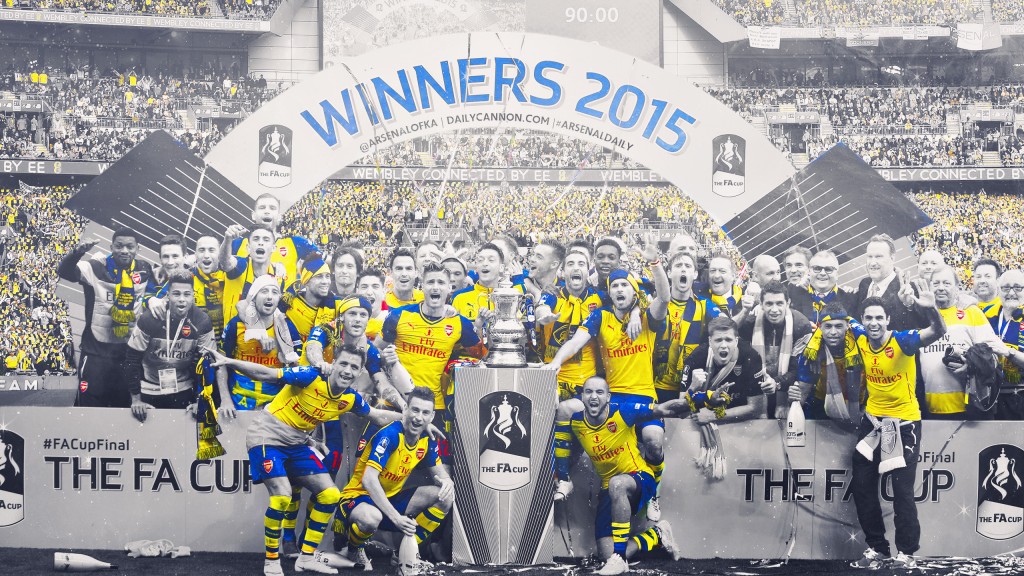