Arsenal travel to Wembley for their record-breaking 19th FA Cup final with practically a full squad fit and firing.

Trying to predict who Arsene Wenger is going to pick is not that easy, especially for a cup game, but this is our best guess.

In goal, despite Wenger playing it coy, Wojciech Szczesny will be handed a start and it’s as well – David Ospina has been looking more flappy with every passing week.

In front of him, although you could reasonably say that Kieran Gibbs is now the cup left-back, his appearance against West Brom makes me think the boss is going to give the start to Nacho Monreal who missed out last season.

Per Mertesacker and Laurent Koscielny will be the pair tasked with keeping Christian Benteke quiet while I fully expect to see Hector Bellerin at right back despite Mathieu Debuchy’s return to fitness. It would take a heart of pure stone to drop him for Wembley.

In the middle Francis Coquelin, Santi Cazorla and Mesut Ozil will likely all start while Aaron Ramsey will take up a deserved spot, albeit on the right wing. Alexis Sanchez will also start because, well, he always does.

It’s up front, then, that the boss has a decision to make – the on-fire Theo Walcott or the tired, jaded and misfiring Olivier Giroud? There is a case to be made for both of them to both start or to come on as an impact sub but I feel we will see Theo get the nod in the centreforward role after how effective he showed himself to be against West Brom.

That leaves us some mighty big options from the bench. 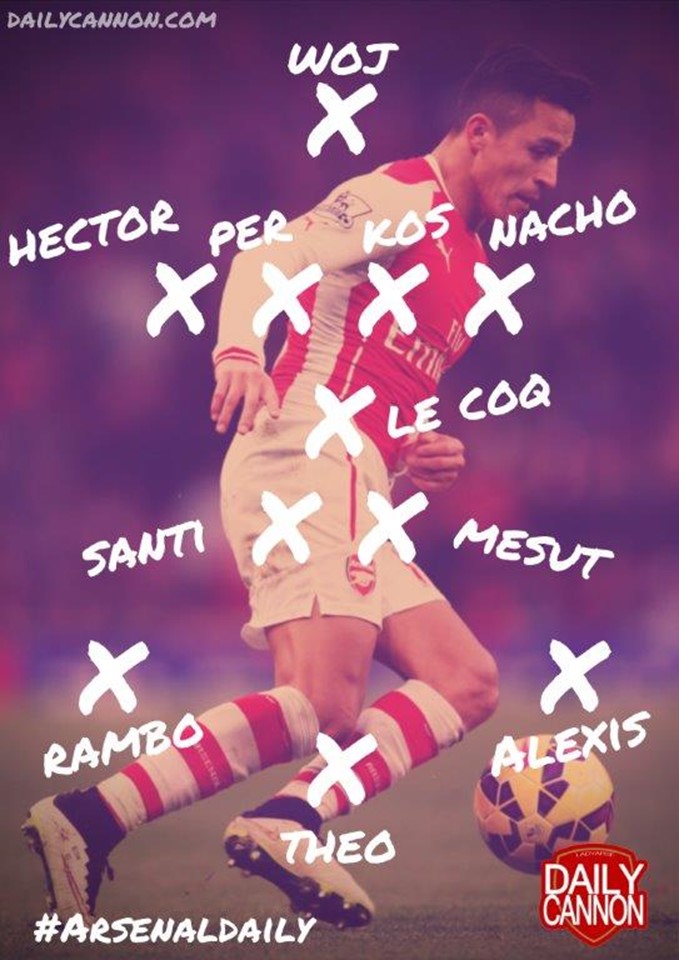 Which game will Gabriel Magalhaes miss through suspension?

Why Arsenal lost to Southampton and desperately need a #10