Arsenal go into the game against Sunderland having not changed their league lineup for six games straight.

We expect that to change on Wednesday night.

For a start, Laurent Koscielny is struggling with illness which could very well mean that Gabriel is handed a start. Kieran Gibbs is bound to be chomping at the bit to get one as well, as is Jack Wilshere and Theo Walcott.

Add to that the fact that a few players looked a little shattered against Manchester United and we envisage at least three changes for the game against the Black Cats.

I’d also love to see Woj given back his shirt, but that isn’t going to happen and it makes me sad.

Here’s how we think Arsenal will lineup at the Emirates for their game in hand and penultimate league game of the 14/15 season: 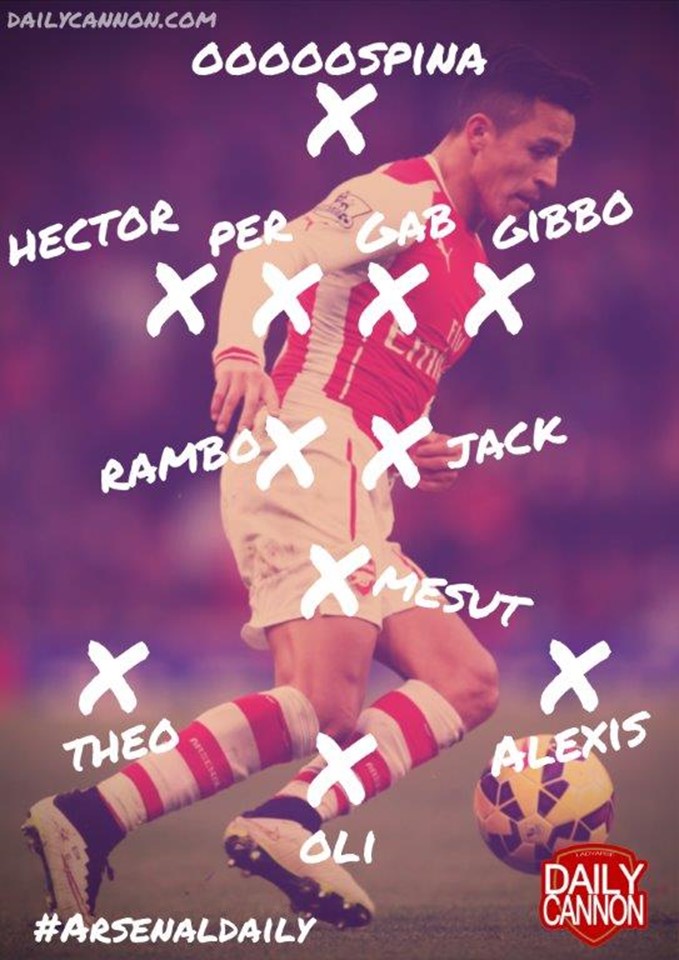