Ahead of our semi-final tie against Reading, we look back at our 2014 victory over Wigan Athletic. 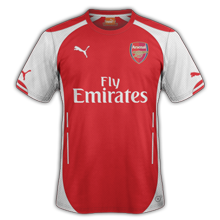 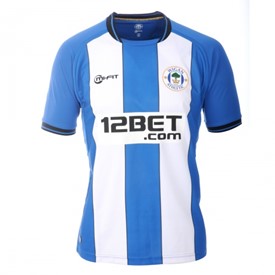 Arsenal were travelling to Wembley for the first time in three years since that awful Carling Cup final nightmare against Birmingham City in 2011 with an opportunity to put some of those demons to bed. As you would expect against a side in the Championship, the Gunners were firm favourites to progress to the final, despite their opponents being the holders of the trophy.

However, Arsenal were in pretty ropy form, having just lost (terribly) to top four rivals Everton and prior to that had just managed two draws and a 0-6 spanking at Chelsea. Expectations were high, yet hopes were lower than you would imagine, given the opposition.

Wigan, as the holders, were of course unbeaten in twelve FA Cup matches and had just dumped Manchester City out of the competition.

Sanogo and Fabianski were once again restored to the starting line-up to reprise their roles as cup specialists, and the injuries that had plagued the Gunners throughout the season meant that they had a number of other changes from the previous round, with Ramsey returning at the expense of Flamini while Podolski replaced the injured Ozil. Monreal was also preferred to Gibbs.

It was a game with a very worthy prize – a return to Wembley for the cup final for a shot at the real prize – a trophy that would be the first since 2005 for Arsenal.

More than 50,000 Gunners fans had been lucky enough to get tickets after Wigan returned a sizeable chunk of their allocation, and the atmosphere was bouncing – nine years is a long time in football.

Arsenal had consistently started strongly in the previous rounds of the competition, and again they were the side to make the early running. Sanogo and Oxlade-Chamberlain combined beautifully on a number of occasions early on, with first the Englishman breaking through only to miscontrol, and then crossing for the Frenchman to force a great save from Carson.

Wigan’s game plan was clear from the start: sit deep, defend well and wait for an opportunity to arrive, and they offered little in the first half.

After the pulsating start, the game slowed down a lot – Arsenal were content to patiently probe, controlling the game and occasionally breaking into life while Wigan awaited their opportunity.

An Arsenal corner afforded another good chance, when Mertesacker’s flick on was blazed high, wide and handsome by Bacary Sagna, and Sanogo’s first touch let him down when put through on goal by Podolski, and that was about it for the half.

For a game of such importance, it had become a tad boring. Arsenal fans around the ground were starting to get fidgety as the game tipped on a knife edge.

Arsenal started the second half the better of the two again, but without really getting their creative juices flowing. After 63 minutes, the chance Wigan had been waiting for arrived.

Mertesacker brought down McManaman as he slalomed towards goal, and referee Michael Oliver had no hesitation in (correctly) pointing to the spot.

Jordi Gomez was forced to wait to take the penalty as Monreal received lengthy treatment before being replaced by Gibbs, but he beat Fabianski from the spot. Some of his teammates would not be so lucky.

Arsène Wenger reacted immediately, sending on top scorer Olivier Giroud for Podolski, and playing two up top for the first time in a long time. The results were immediate, with Giroud and Sanogo forcing defenders to go one-on-one rather than doubling up, and giving flick-ons or lay-offs for one another to profit from. Wigan were pinned back in their own half, but this time under huge and sustained pressure.

Sanogo was again sent clear, Oxlade-Chamberlain’s long distance strike was well saved by Carson, and Sagna mis-cued a header against the post. Carson then made an excellent reaction stop to deny Gibbs from Sanogo’s flick-on. The Latics simply couldn’t get out.

Sanogo had really upped his game since Giroud had entered the fray in support, and it was again his knock-on which led to the goal. Gibbs struck a bobbling shot which looked to be heading wide, before Per Mertesacker intervened to earn some redemption for his earlier penalty concession. The German stooped to head home, and suddenly the 50,000 Gunners could breathe a sigh of relief.

Wigan used their final substitution to bring on Caldwell for Ramis, and although Giroud had one more chance before the whistle, the game moved into extra time.

The additional 30 minutes brought more of the same, with Arsenal pressing and Wigan happy to sit back and draw the Gunners onto them.

Ramsey had a shot blocked and nearly found Sanogo with a drilled cross, before being replaced by Kallstrom after 112 minutes – not a bad effort for his first game since Boxing Day!

Sanogo continued to connect with (and spurn) chances, while Oxlade-Chamberlain was a constant menace with his direct running and powerful shooting. Arsenal’s shots had seemed attracted to the woodwork all day, and the young Englishman thumped another drive against the post.

Collison had a headed chance for Wigan, but they were tiring and largely playing for penalties. They got their wish.

Arsenal’s last penalty shootout had ended ignominiously against Bradford in the Carling Cup back in 2012, but this was an altogether more experienced line-up, and of course the last penalty shoot-out at Wembley had ended victoriously for Arsenal – a 5-4 defeat of Manchester United back in 2005.

The uncomfortable memories of that Bradford shoot-out had fans around the stadium fidgeting, but Wigan generously put them at ease promptly

Caldwell’s first penalty was saved by Fabianski low to his right, before Arsenal’s specialist penalty taker – Arteta – made no mistake in hitting the corner and putting his side ahead. Another save from Fabianski, this time a poor effort from Collison, gave Arsenal the chance to double their advantage. Swedish loanee Kallstrom again made no mistake, sending Carson the wrong way.

Suddenly the stands were much more relaxed. Beausejour finally got Wigan onto the score sheet with an unstoppable belter of a penalty, but Giroud’s excellent spot-kick made sure hopes of a comeback were kept under control.

James McArthur scored Wigan’s fourth to ensure Arsenal had to take their corresponding spot-kick, but Santi Cazorla dinked a cheeky one straight down the middle to send the Gunners to Wembley and the fans into rapture.

The yellow ribbons would get another outing.

This weekend’s showdown with Reading again sees us line up against lower league opposition once again, and will, of course mean expectations are high. Reading have struggled in the Championship this year, however, and Arsenal must keep their cool to deliver the required result.

It may only be April, but see you down Old Wembley Way this weekend.