Hector Bellerin can consider himself extremely unlucky not to have played a part at Wembley on Saturday.

The right back, who has been in superb form, was replaced by Mathieu Debuchy in a move that surprised almost everyone.

Arsenal missed his dynamism going forward, but even though Debuchy was likely brought into the side for his experience, that was seriously undermined by his clear lack of match sharpness – this is a player who hasn’t taken to the filed outside of the u21’s in over three months, after all.

Tweeting after the game, Hector was clearly delighted with the win despite not being involved.

He was probably even happier once he received the first response: 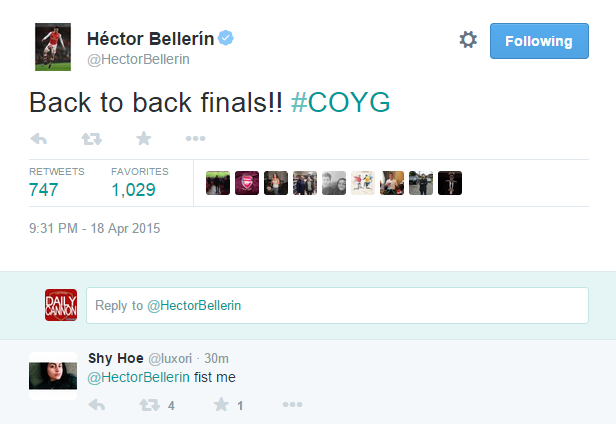