Serge Gnabry played the full 90 minutes for the u21’s on Tuesday night as they thrashed Stoke 4-1.

The German, who has been out of first-team action for over a year with a knee injury, is delighted to be closing in on a return to the first team.

Still only 19 and under contract with Arsenal until 2018, he’s almost become the forgotten man at Arsenal. Undoubtedly talented, he’s going to be another great asses to have at the club next season.

Posting after the game, Serge said 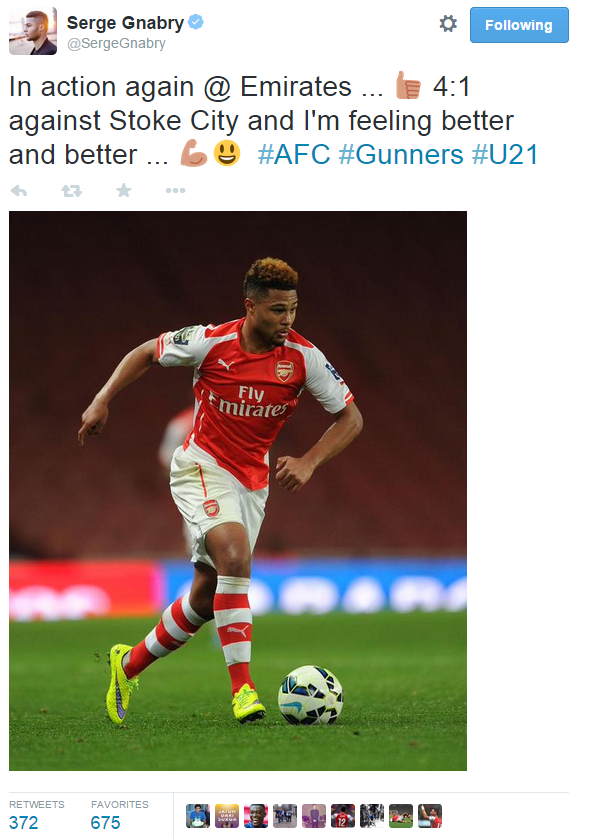