We all know Arsenal are on a great run.

Sealing their place as officially the most inform team in Europe with their win over Burnley, David Ospina has now claimed the highest win percentage of any keeper in the Premier League era.

Playing 12 Premier League games, Arsenal have won 11 of those giving Dave a win percentage of 92%.

Of course, none of this means much if you don’t consider the fact that he has been helped significantly by the return of an actual backline (and Francis Coquelin) in front of him which is a luxury that Wojciech Szczesny wasn’t afforded. 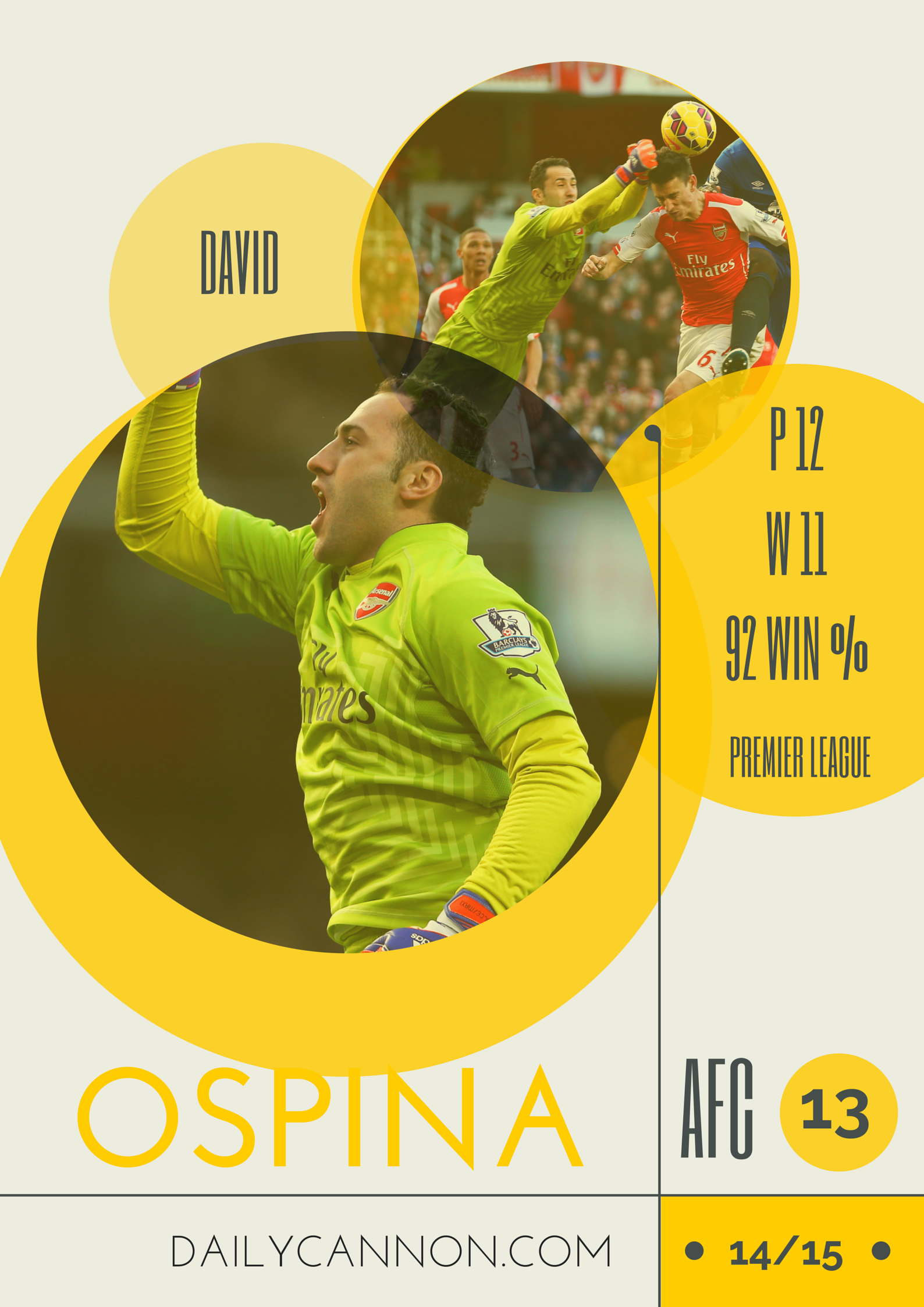