Do you know what’s a really good sign of Arsenal’s trust in Shad Forsythe?

Their willingness to allow Arsenal players to run around after each other with weapons.

That’s the sort of activity that would wipe out half an Arsenal squad under any other circumstances, but since the arrival of Forsythe, we’ve managed to get almost the entire squad fit.

At the same time.

So, it’s not nearly as terrifying as it might otherwise have been to see them all out doing a little team bonding on a Tuesday afternoon. 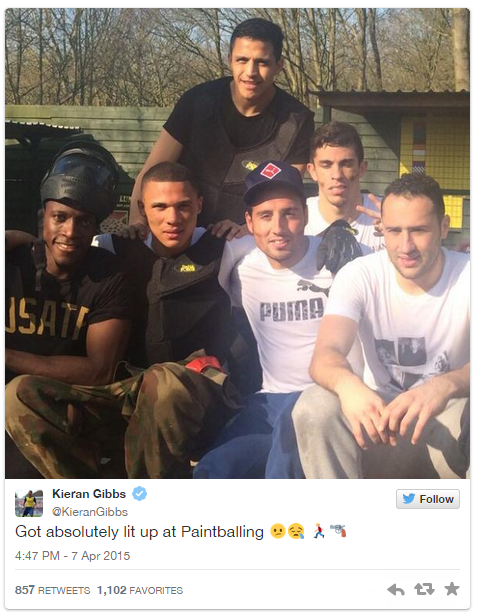