Spurning chances in the first leg and defending like a bunch of clowns, they now have to try and score three goals against a side that rarely concede.

Of course, they can take heart from the fact that they fashioned numerous chances against the French side and it was only extremely poor finishing that stopped Arsenal winning the game comfortably, but what side will Arsene Wenger send out to try and do the impossible?

Well, unlike recent weeks, this side seems relatively easy to predict.

In goal David Ospina will keep his place despite a less than confident showing in the first leg.

In front of him we will see the current first-choice backline of Hector Bellerin, Per Mertesacker, Laurent Koscielny and Nacho Monreal.

There is, perhaps, one choice to be made between Aaron Ramsey and Danny Welbeck and arguments can be made in favour of both.  Ramsey’s form against West Ham would make him a natural pick but Welbeck’s pace would certainly trouble Monaco’s backline.

With Francis Coquelin, Santi Cazorla, Mesut Ozil, Alexis Sanchez and Olivier Giroud guaranteed a start, the latter with a massive point to prove, I’m torn between who I think Wenger will plump for so I’ve taken the easy way out and went for two lineups as you can see below: 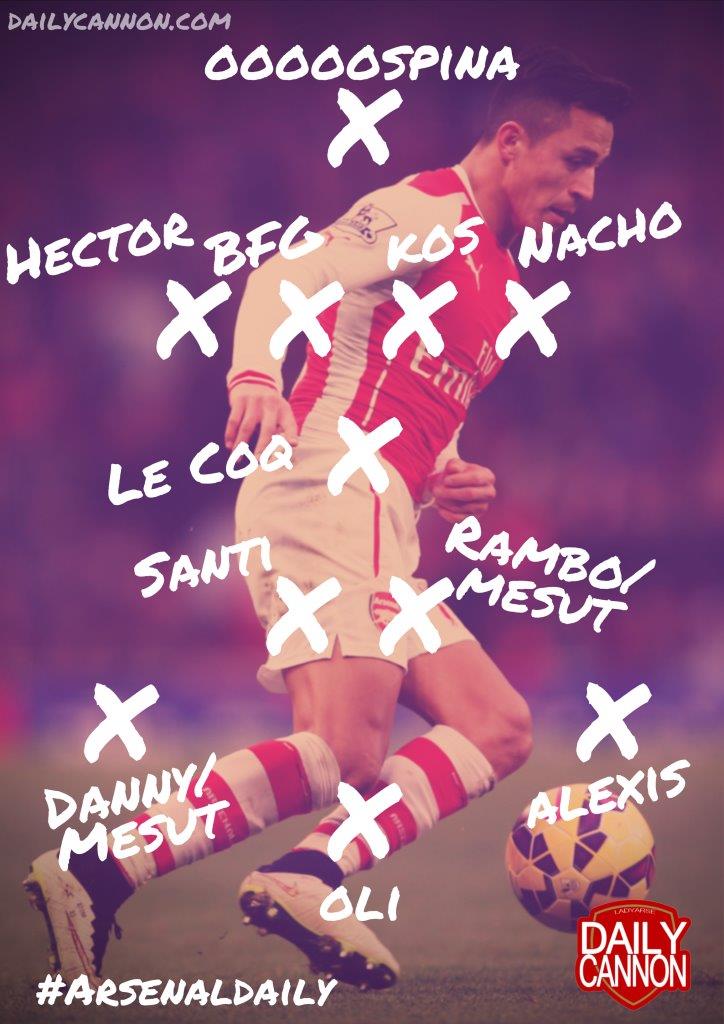 Heavy rotation: How Arsenal could line up vs Newcastle United

Aubameyang to start: How Arsenal could line up vs Villarreal

Martinelli to start up front: How Arsenal could line up vs Everton

Arsenal close to signing 28yo Mana Iwabuchi from Aston Villa