Four points behind Manchester City, who face a stubborn Leicester side at the Etihad who no doubt smell blood given the Citizens recent form, Arsenal know three points are a must, especially with Manchester United and Liverpool right on their heels in the table.

In goal we aren’t likely to see any change with David Ospina, after a solid display against Everton at the weekend, retained as number one.

The back, however, could see a number of changes.

Gabriel came in for his league debut on Sunday and, for the most part, impressed.

Speaking at his press conference Arsene Wenger said that he had brought the Brazilian to the club in the hopes that he would nail down a first team place, and although his English is still a problem, it’s a coin-toss as to whom Wenger picks to partner Laurent Koscielny on Wednesday night.

I expect to see changes in both fullback positions with Nacho Monreal coming in to give Kieran Gibbs a rest and Calum Chambers doing the same for Hector Bellerin who will no doubt get the nod at Old Trafford on Monday.

In the midfield Wenger has a few choices to make.

Francis Coquelin and his wonky conk could play (in superhero mask) but Aaron Ramsey is back and available while Tomas Rosicky deserves a start. Playing those two would allow the manager to protect le Coq for the FA Cup while resting Santi Cazorla.

Alexis Sanchez and Mesut Ozil will start because they always do, as will Olivier Giroud.

The final question, then, is will we see Alex Oxalde-Chamberlain, Theo Walcott or Danny Welbeck handed the final position?

I fully expect to see Welbeck start against his old side on Monday and with the Ox just returning from injury I can see Walcott being handed a start against a QPR side that has scored just 27 goals in 26 games.

Here’s how we think we’ll lineup although, as we’ve found all season, it’s impossible to guess what the manager will actually do: 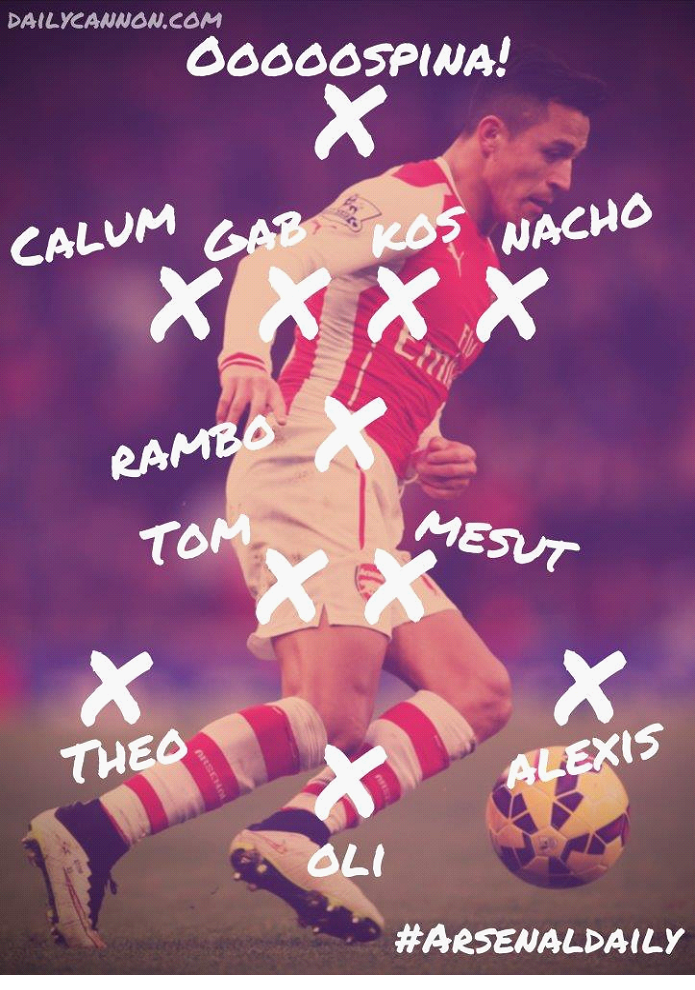 Arsenal close to signing 28yo Mana Iwabuchi from Aston Villa