It’s hard to know what Arsene Wenger is thinking.

Will he drop everybody or make them all play away their pain?

Well, clearly he won’t drop everybody but it wouldn’t be surprising to see David Ospina, Per Mertesacker and Olivier Giroud ‘rested‘ or suddenly get the runs.

On the flip side, it wouldn’t be surprising to see all three of them start either.

Everton may not be enjoying their best season domestically but that doesn’t mean we won’t have to work for every inch that we get on Sunday and that makes me think that Wenger will opt for Welbeck ahead of Walcott, but I thought we’d see the reverse against Monaco so it’s hard to second-guess the manager.

Alternatively, he could ignore both those and bring The Ox back in as a way of trying to push him past the clear devastation he suffered on Wednesday night however as he’s only just returned from injury, the wise move would be to ease him back in with another substitute appearance.

I do expect to see Nacho Monreal come back in for Kieran Gibbs. Gibbs isn’t quite 100% fit and the Spaniard deserves his starting spot.

Other than at left-back and centre-half I don’t envisage any other changes from the side that embarrassed themselves against Monaco but that doesn’t mean I don’t think there could be more.

Mertesacker has played so many minutes this season that he needs a rest, and what’s the point of buying a centreback if you can’t use him?

Here’s how I think we’ll line up: 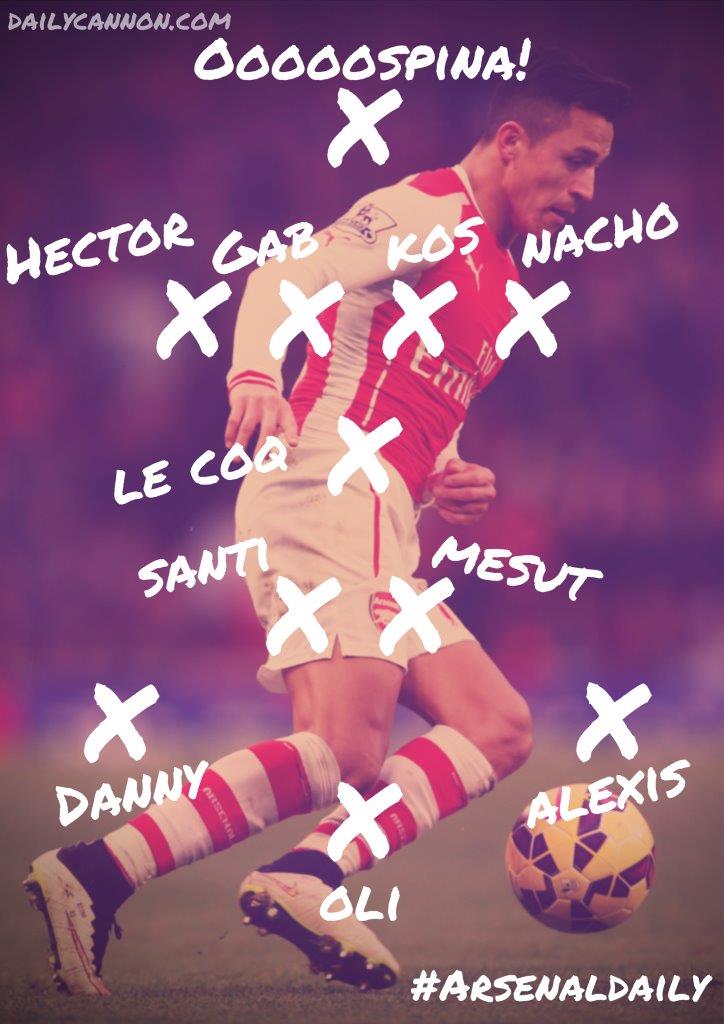 I couldn’t be any less confident in my prediction.