Over the course of my regular working day, I come across a host of articles around the globe about transgender people, most of which are transphobic or covering transphobic events and incidents. I’m going to gather up what I find to post here, along with positive articles, so people can get a feel for the war being waged on trans people in the media.

USA – Transgender youth, their family members, and representatives of a variety New Hampshire organizations testified Tuesday against a bill that would ban transgender girls from competing on girls’ sports teams in public high schools and colleges in the state, saying it is discriminatory and unconstitutional. [Concord Monitor]

USA – Gov. Tate Reeves signed a bill Thursday designed to prevent transgender girls and women from competing against female athletes in public schools and colleges, though he could not cite any instance of that occurring in the state. [Tate Record]

USA – Mississippi became the first US state on Thursday to ban transgender athletes from competing on girls or women’s sports teams, a move denounced as discriminatory by LGBTQ groups and likely to face legal challenges. [George Herald]

AUSTRALIA – ‘Such an indignity’: Trans woman ordered out of nightclub bathroom [The Age]

What are the latest developments in transgender public policy and health? Two leaders in these fields, Clair Farley and Jenna Rapues, share professional and personal insights and perspectives on current thinking and strategies. Moderated by Mere Abrams, their conversation will address trans rights locally and nationally, including priorities for the new administration, and building trans-inclusive capacities for systems of care.

ENGLAND -Britain’s first retirement community for older LGBT+ people is to be created in Vauxhall. Housing association Tonic said it would purchase 19 already built flats at the Lord Foster designed Bankhouse development next to the Thames using a £5.7 million loan from the Mayor [Evening Standard]

INDIA – The Supreme Court on Friday asked the government to respond to a plea challenging blood donation guidelines which ban transgender persons, members of the gay community and sex workers from donating blood [The Hindu]

NETHERLANDS – Vincent Verwimp writes a book about his transition: ‘I still don’t feel at home in my body’ [Nederlandsdagblad]

INDIA – Delhi police to fastrack cases of people being charged under the Transgender Persons (Protection of Rights) Act, 2019. [Indian Express]

BANGLADESH – Transgender health in COVID-19 in Bangladesh [The Independent BD]

U.S. District Judge Michael W. Mosman found that the pageant association cannot be required to allow a transgender woman to participate in light of its mission to promote “natural-born” females.

USA  – The Tennessee Senate voted 27-6 Monday night to approve a bill that would effectively ban transgender student athletes from participating in middle and high school sports under their gender identity.

GAMING – The game developer Avalanche Software has included the option of being ‘transgender’ in their new game, Hogwarts Legacy. The choices offered are ‘male,’ female’ or ‘transgender’, reinforcing the idea that trans people are something apart from ‘men’ and ‘women’ while non-binary people are completely excluded, as usual.

And what the hell does a ‘transgender’ character look like? Me? Paris Lees?

It seems, and I shit you not, that when you select the ‘transgender option’ you get the ability to give a male character a female voice (and vice versa) and pick your pronouns from ‘he’ or ‘she’.

If ever there was a bunch of white cis men sitting around a table saying ‘let’s throw some trans crap in this to make it inclusive’, then this is it.

As if all that wasn’t enough, it turns out that Troy Leavitt, chief designer on the development team for the Harry Potter game “Hogwarts Legacy,” allegedly used to operate a YouTube channel in which he preached radical anti-feminist views. The channel has now been deleted.

That being said, how many trans people are playing Harry Potter games these days, anyway? No doubt, though, JK will be delighted.

UK –  The Daily Mail continues its war on trans people, this time using an anonymous rando from mumsnet to help them. “Posting anonymously on Mumsnet,” The Mail writes, “the UK-based mother-of-three asked for advice about how to help her transgender son, who wants her to fund a mastectomy, hormone therapy and hysterectomy.”

One of the headlines for this piece screamed: Mother with no income reveals she’s locked in an emotional battle with her transgender son, 18, who ‘screams and cries’ over her refusal to use her pension nest egg to pay for private hormone treatment.

INDIA – A plea has been filed in the Supreme Court seeking directions to the Centre and others to establish a transgender welfare board to address their social welfare issues and also appoint a committee to promptly probe reports of their alleged gross abuse by the police.

Lee Hurley - Nov 17, 2021
China remains silent on the whereabouts of Peng Shuai, who has not been seen since making a sexual assault allegation against a former top Chinese official.

Lee Hurley - Aug 17, 2021
Arsenal have reportedly extended their deal with Rwanda who will continue to sponsor the club's shirt sleeves.

Lee Hurley - Jun 21, 2021
UEFA have been forced to close down an investigation into Manuel Neuer's rainbow armband after it was decided the rainbow is not political but a symbol for diversity.

Lee Hurley - May 16, 2021
Arsenal are being pressured by at least one of their sponsors to take action against Mohamed Elneny after the Egyptian midfielder tweeted support of the Palestinian people.
Load more 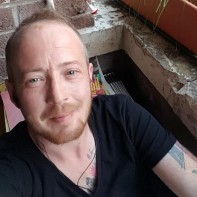