Gael Clichy left Arsenal in the summer of 2011 because he didn’t feel wanted, so who else left that summer which heralded the start of the Banter Era.

Mark Randall currently plays in Northern Ireland for Larne, who are owned by Kenny Bruce who hails from the port town. Bruce co-founded Purple Bricks in 2012 and has invested heavily in the area.

Jay Emmanuel-Thomas, who is now 32, plays for Jamshedpur FC in the Indian Super League.

35-year-old Cesc Fabregas could still be at Arsenal if we’d taken the chance to re-sign him when Barcelona were shipping him off. We didn’t. Now he’s playing in Italy at Como 1907.

Emmanuel Eboue retired from playing in May 2016. After leaving Arsenal he was banned for a year by FIFA for not paying his agent, suffered mental health problems and financial issues following his divorce. 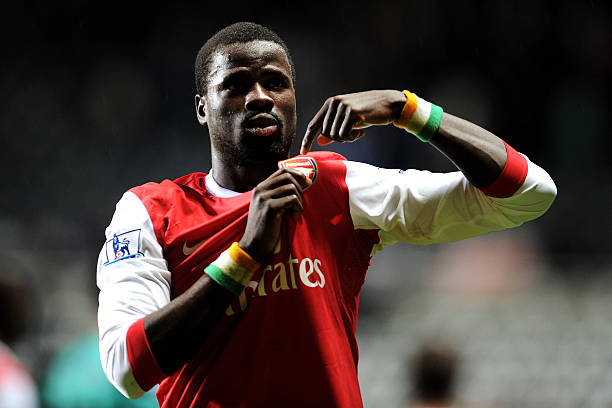 Samir Nasri enjoyed success with City but it all went a bit south when he was handed a lengthy doping ban. He signed for Anderlecht on a free transfer from West Ham in July 2019 was without a club between 2020 and his retirement in 2021 aged 34.

Armand Traore, 33, has also retired from playing after a spell without a club when Cardiff City released him in January 2020 from a short-term contract. He didn’t play a single minute for them. Before that, he had been with Caykur Rizespor, who tried to sell him in 2019 but couldn’t find a buyer.

Gilles Sunu, who is still only 31, was another without a club after a short spell at BB Erzurumspor, a second-tier Turkish side, ended in July 2018. He signed for LB Chateauroux in Ligue 2 in January, 2020 and has a contract with them until the summer of 2023.

Luke Freeman, 30, currently plays for Luton Town after showing himself to be a decent Championship-level player. Since leaving Arsenal, Freeman has played for Stevenage, Bristol City, QPR, Sheffield United, Nottingham Forest, and Millwall.

There was even one kid who left that summer called Jamie Edge. He signed for Swindon Supermarine FC in 2018 after spells with Gloucester, and Hereford. Aged 29, is still there.