With the FA WSL new season starting on Sunday, it is prediction time! Who will win the 20/21 FA WSL, who will be relegated, and who will fight it out for the three Champions League places? 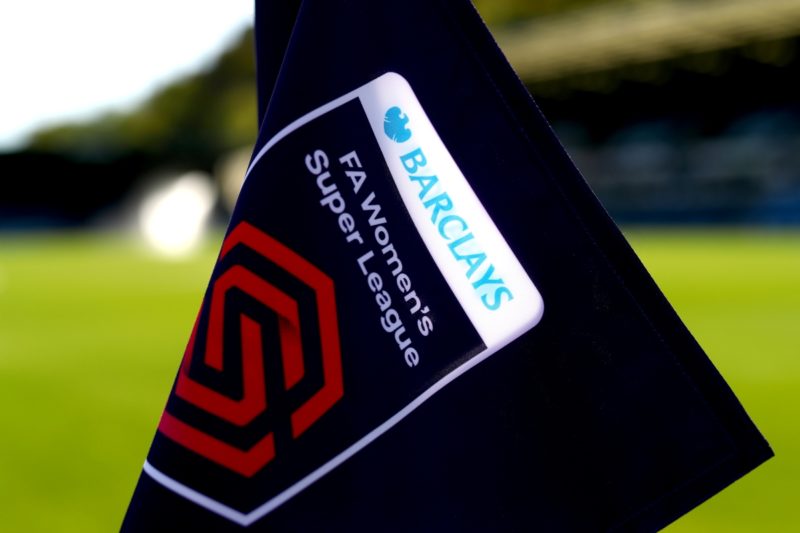 I believe we will see a three-tier league with teams fighting for Champions League places, the top half of the table and, finally, the relegation battle.

Teams likely to be involved in the FA WSL relegation battle

A summer player exodus has happened for the second season in a row with 10 players leaving the season before and 7 this summer. That exodus has not been fully covered with six new signings made last year and five so far in this transfer window.

Birmingham have been very good in bringing Academy players through the ranks into the first team to cover for the small number of signings. They have a clear pathway for youth players and should be applauded for it when other teams just go abroad to buy ready-made players.

The fact that they also named Carla Ward as their manager recently did not help. It looks like someone else got offered the job and then decided not to take it, making it a late appointment for the club. The Blues have a small squad but have been boosted by the arrival of Rachel Corsie, the experienced Scotland captain. As long as they don’t get hit by injuries, they should be able to compete without problem against most teams.

Another team with a limited budget and smaller squad. Bristol lost two experienced players and two promising youngsters during the transfer window. They signed two Australian players, Chloe Logarzo who arrived just before the pandemic started, and Ella Mastrantonio. Aimee Palmer returned after a two years spell at Man United and they got the excellent left-back from Liverpool Jemma Purfield. Megan Wynne, the Welsh wing-back was signed permanently but unfortunately did her ACL in pre-season.

So, they are likely to be drawn into the relegation battle. But, back in 2018/19, they were also expected to be involved in it and ended up in the top half of the table, so should not be underestimated.

This prediction can be construed as a lazy assumption. Aston Villa are of course a bit of an unknown quantity. Last season the promoted teams Manchester United finished in fourth place and Tottenham in 7th place, so Aston Villa could finish in the top half of the table rather than fight to avoid relegation.

Like any team turning professional, Aston Villa made big changes in their squad with seven players coming in and eight leaving the club. They signed Chloe Arthur from Birmingham and Anita Asante from Chelsea alongside five players from abroad, including one of the back-up goalkeeper from Champions League winners Lyon Lisa Weiss.

The big question is how quickly can they gel to become a team on the pitch. For the players who were semi-professional last year and turned professional, how quickly will they adapt from evening training three times a week to daily training. There is certainly a lot of well-known attacking quality in the Villa team so you would expect them to score the goals to keep them up.

Teams likely to reach mid-table position in the FA WSL

Last season, Hope Powell’s team were safe early enough with a couple of wins pulling them away from Liverpool and Birmingham to relative safety. Their PPG result was indeed nearly double of relegated Liverpool and they stayed up very comfortably.

They have had quite a turnover with nine players leaving and seven new signings including the Irish playmaker Denise O’Sullivan (on loan), who has been very successful in the NWSL with the North Carolina Courage.

You can see that Hope Powell has been trying to build a team with a solid base in her first season. She then improved the overall attacking creativity last season and is carrying on in the same pathway this year. Building up the team from solid foundations.

A busy Summer for Matt Beard with nine departures and eight arrivals. Quite an international recruitment drive with Cezch, French, Australian, Swedish and also some promising English talent also signed. Adding Rachel Daly until the winter break means they have a very solid starting 11 and quite a large squad. They should really aim for 6th place at least.

Spurs are building on last season’s success. They have made an adjustment transfer window by letting go a few players that were not at the required level for them. Four experienced players have come in Williams, Harrop, Zadorsky and Kennedy.

Like West Ham, they should aim for at least 6th place or higher.

Nine players have left and six have come in, so Reading will have a slightly smaller squad this season. Experience and quality have been signed with Mitchell, Carter, Fishlock and Nayler. Another solid starting 11, but the lack of depth might expose them should they become hit by injuries and suspensions.

It is interesting to note that they have been making noises about trying to get to third place and are very ambitious this season. Their strategy of adding quality but eeping fewer players in the squad is similar to Arsenal’s.

Casey Stoney built a solid and resilient team last season and finished a creditable fourth place for their first FA WSL term. She has improved some positions in her starting 11 with three good signings and the main problem of scoring goals should now be solved with the arrival on loan from Tobin Heath and Christen Press.

They will be definitely fighting for the top places with the two World Cup winners signing up.

Willie Kirk is ambitious and has signed seven players with six leaving the club. Seasoned internationals like Ingrid Moe Wold, Rikke Sevecke, Valerie Gauvain and Nicoline Sorensen. Hayley Raso and Isobel Christiansen will be like new signings even if they signed in the previous window. A highly rated left-back has arrived in Poppy Pattinson and she could be lining up for the Lionesses by the end of the season.

Kirk has certainly improved the skill level in the team and also added strength in depth. If all those new signings can gel quickly, they have more than enough quality to fight for third place.

New manager, new ideas for a squad that was maybe underperforming a little under Nick Cushing as seen in the Champions League. They were eliminated by Atletico Madrid two seasons in a row. This has actually contributed greatly to England losing the third place in the UEFA WCL association rankings to Spain and means the 2020/21 FA WSL champions will have to play a qualifying round instead of entering the Champions League at the group stage level.

They have a big squad which means the same problem as Chelsea ie how to keep everybody happy. They are certainly joint-favourites to win the title after missing out last year.

Joint-favourites to win the title alongside Manchester City. Four players have left the club and four quality signings have come in. A world class forward in Pernille Harder, a top midfielder in Melanie Leupolz and two young forwards Niamh Charles and the young, but already experienced, Jessie Fleming.

Top class attacking football is guaranteed at Kingsmeadow this season. The only question mark is how will Emma Hayes keep all her players happy and share the playing time. They have strength in depth and so much quality, which is needed as they are trying to win six trophies this season, one of which is already in the bag.

A good transfer window for Joe Montemurro with five senior players departing and four players signed. All incomings have been defensive signings with two defenders Steph Catley and Noelle Maritz, one goalkeeper Lydia Williams and one defensive midfielder Malin Gut.

The team has now a bit more strength in depth than in the previous two seasons. We have 17 outfield players and three goalkeepers, one of them who is currently injured. There is also one Academy player, Ruby Mace who turns 17 on 5 September, that boosts the team to a squad of 21.

Is Arsenal’s squad good enough to compete in the FA WSL and three cups?

Squad rotation is not a problem as the manager does it on regular basis and players are extremely versatile. Arsenal have to do better in head-to-head games against Chelsea and Man City, while carrying on getting all the points against the ”weaker” teams.

Arsenal will be in the Champions League places race for sure and should the injury curse give them a break this year, they will be title candidates, although it will not be easy to compete with the two joint-favourites.