Granit Xhaka has reportedly refused to apologise to Arsenal fans after telling them to ‘f**k off’ as he was booed on Sunday.

You don’t need me to go into what happened, we all know.

Earlier today Unai Emery launched an impassioned plea of his captain, saying he was ‘sad and devastated.’

Seems more like he’s still pi*sed off if The Times [£] report is to be believed.

They write, “Granit Xhaka has rejected Unai Emery’s request that he apologise to the Arsenal supporters for swearing at them during the 2-2 draw with Crystal Palace on Sunday.

“Arsenal had hoped to make a statement to draw a line under the event, but it appears that Xhaka would not agree to an apology that Emery believes the Switzerland midfielder should make.”

Now, I don’t know Granit Xhaka, but I do know when I’m feeling ‘sad and devastated’ because of my actions and I’m given an opportunity to apologise, I take it.

When I refuse, it’s because I either think I’m not in the wrong or I’m too angry to go over it all again.

I think we can see where this is all heading. 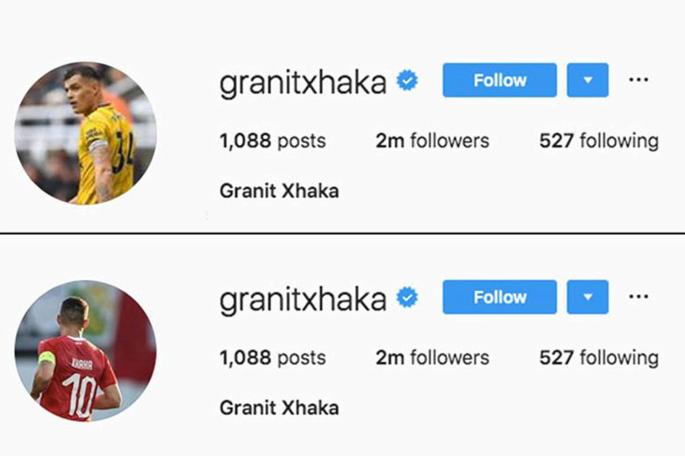 The only way back for Xhaka from this is a heartfelt apology to the fans and improved performances on the pitch.

Anything short of that and his time at the club could well be up.

I suspect, as daft as we all think he is at times, he knows that only too well.

» What Theo Walcott can teach us about Nicolas Pepe

» Are Arsenal really being screwed by VAR this season?