Arsenal collected another three points to keep up their 100% start, winning their opening two games for the first time in 10 years with a 2-1 win over Burnley on Saturday afternoon.

I’m not entirely sure when I last felt this excited at the start of a new season. It’s not like I’m expecting us to win the league or anything like that but I am looking forward to watching Arsenal which has certainly not been the case for a long time.

Arsenal seem to have discovered some confidence

It didn’t take long before Arsenal started strutting around the pitch displaying something that looked remarkably like confidence.

After Alexandre Lacazette gave Arsenal the lead the entire side followed Dani Ceballos in relating to the football like it was their own personal toy rather than a nuclear warhead to be disposed of as soon as possible.

Apart from those tasked with defending at times, obviously.

It would explain where he got his feet.

One night, Santi Cazorla and Cesc Fabregas got a little carried away…. https://t.co/MkszIgz1Y5

Will Auba win the Golden Boot outright this season?

With two goals in the first two games, would you bet against him?

Even with VAR Premier League officials are awful

They have the technology to hand but will they use it correctly? Don’t be daft.

We saw that when Arsenal sprung on the break and Nacho Monreal was flagged offside despite being well on.

In other leagues and competitions the flag would have stayed down initially with a VAR review to follow if required. Notso in the Premier League where linesmen are instructed to just go ahead and raise their flags anyway – but ‘only if they’re sure’ which surely begs the question ‘what were they told to do before VAR? Raise it even if they weren’t?’

I don’t even know why I’m surprised by any of this.

How many more seasons of Mike Dean do we have to endure?

Another ref would have told Aubameyang to move back but not Mike Dean. He’d rather issue a card he didn’t have to because he’s, well, Mike Dean.

Under the old rules he would have had to retire by now. I suggest we bring back that rule just for him.

How many assists will David Luiz create from the back?

It may be, technically, long-ball football, but the way David Luiz can ping the ball from the back to one of our forwards will surely cause as much chaos for opposition teams as Rory Delap used to caused against us with his long throws.

How long will Sean Dyche cry about the handball call?

Despite it being a handball last season and a handball this according to the rules, Sean Dyche was not happy with Mike Dean for awarding Arsenal the freekick that lead to Alexandre Lacazette’s goal.

Before the game Dyche spoke about how he hoped VAR would put an end to the bad decisions his side have been on the end of against Arsenal. In his head, that run will have continued today and he’s a moany little sod at the best of times.

Expect to be hearing about this for the rest of the season. 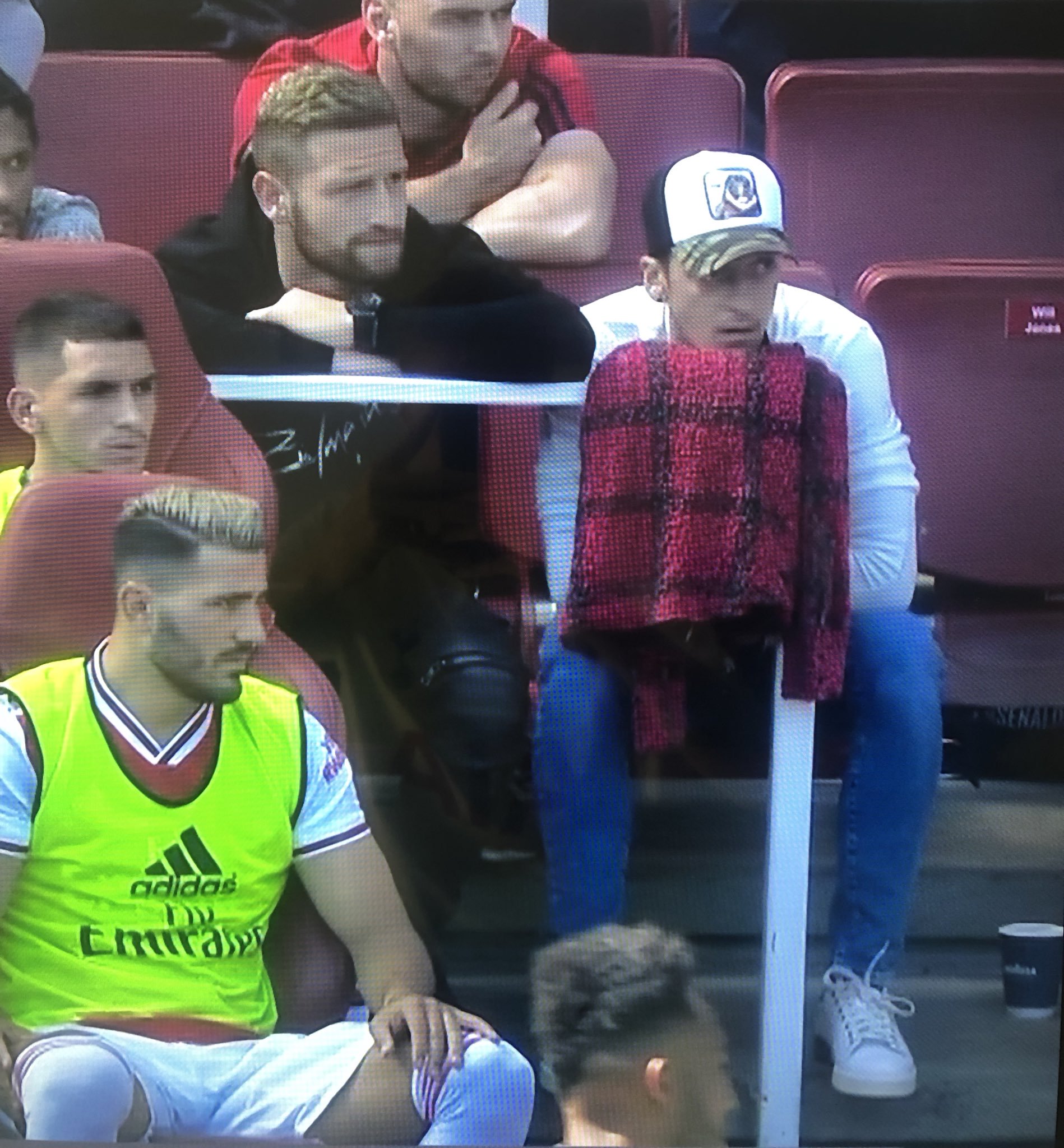 I had been very excited to watch Mesut Ozil this season.

The German endured a hard campaign last time out for reasons this excellent piece explains. With his wedding in the summer and a more positive outlook, it seemed like he was set to have a defining season. In short, he is a man who realises he had a point to make and looked like he wanted to do just that.

It is therefore beyond frustrating that his season has already been derailed by non-footballing matters once again, although all my concerns clearly pale in significance next to the threat Ozil clearly feels from the thugs threatening him and his family.

BTSport, however, said he was absent on Saturday as he’d been ill midweek.

Did you see Nicolas Pepe, Dani Ceballos and David Luiz singing their initiation songs?  If not, you can watch them by following the links on their names.