Former Gunner Lauren insists that as good as Virgil van Dijk has been for Liverpool, his old teammate Sol Campbell was still better. 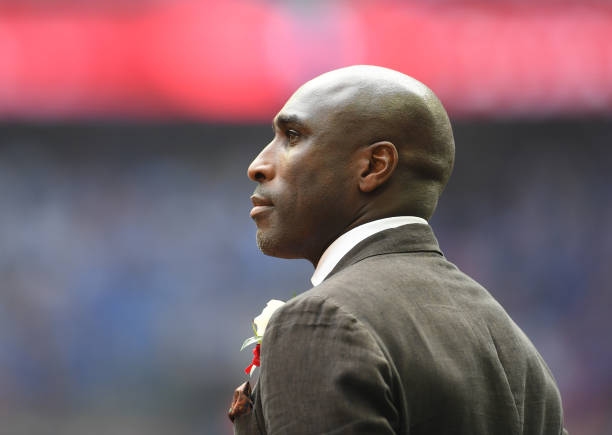 Since joining Liverpool from Southampton, van Dijk has reached a couple of Champions League finals and pushed Manchester City all the way in a tight title race. Though he hasn’t lifted a trophy just yet, the centre-back has still been one of the best players in the country in 2018/19.

“Van Dijk has improved the Liverpool defence, as Liverpool were very good going forward in the first year under Jurgen Klopp but they had big problems defending,” Lauren began.

”Sol didn’t just win one Premier League, but won it twice. Sol Campbell was one of the best defenders in the history of football.”

It’s true that van Dijk still needs to take that next step and win a major trophy before he can be considered among the all-time great defenders. As it stands, the Dutch international has only won a couple of Scottish Premierships and a Scottish League Cup at 27 years old.

Arsenal fans would happily see the centre-back lift his first big trophy this weekend, given Liverpool face Tottenham Hotspur in the Champions League final. Until then, Campbell maintains the edge in terms of their respective careers.

Spurs wanted Odegaard before Arsenal wrapped it up

Arsenal ask about 26yo Marseille man

Easy option: What some at Real Madrid think about Odegaard moving to Arsenal