Arsenal have updated their Academy staff page on Arsenal.com detailing a ton of new changes at the club.

A number of new faces have been added while others have changed roles or gone completely. 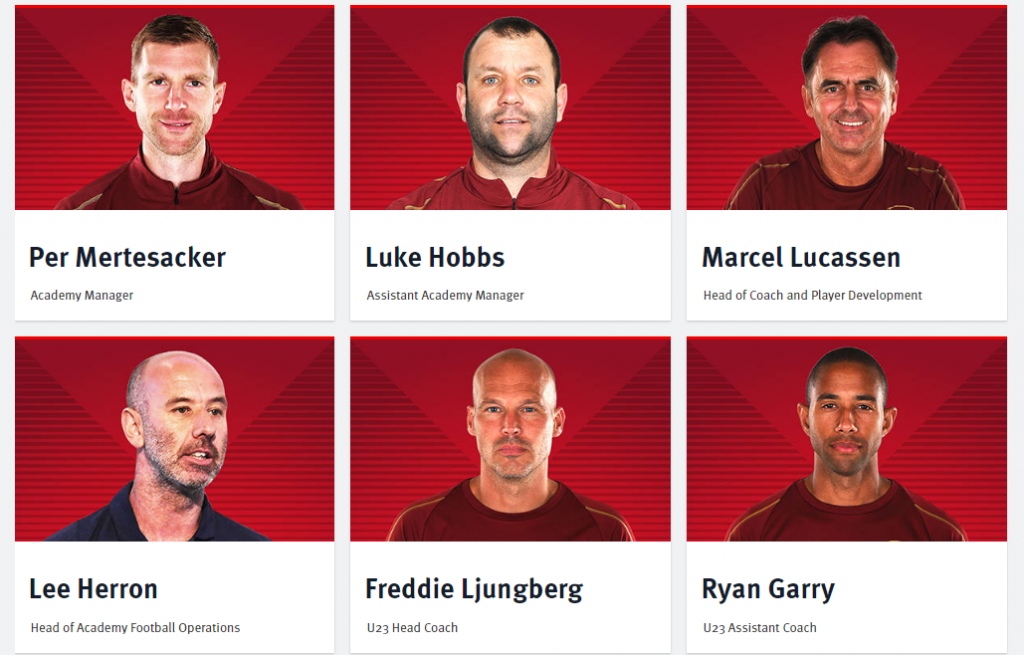 In total, I’ve noted 21 changes to the page. If you notice that I’ve missed any, let me know on Twitter.

The changes are as follows:

2Marcel Lucassen named as Head of Coach and Player Development

3Darren Hawkes moved from u11 Head Coach to u13 Head Coach

6Simon Copely moved from u13 coach to u14 Head Coach

7Greg Lincoln moved from u14 coach to u15 Head Coach

8Freddie Ljungberg has been added as u23 Head Coach

11Josh Smith added as the u11 Head Coach

12Paul Barry added as the u10 Head Coach

Of the people detailed on the page, there are 27. 24 are white while the percentage of non-white people in London is 44.5% (this would equate to 12 people in this department). One is female.

Please note these details only reflect the changes on Arsenal.com and do not indicate if people have left the club.