When Anita Sambol agreed to be part of FIFA’s Fan Movement for the World Cup this summer, she never imagined she’d end the tournament watching her home country in the final at the Luzhniki Stadium. Here, over four parts, she tells her extraordinary tale. 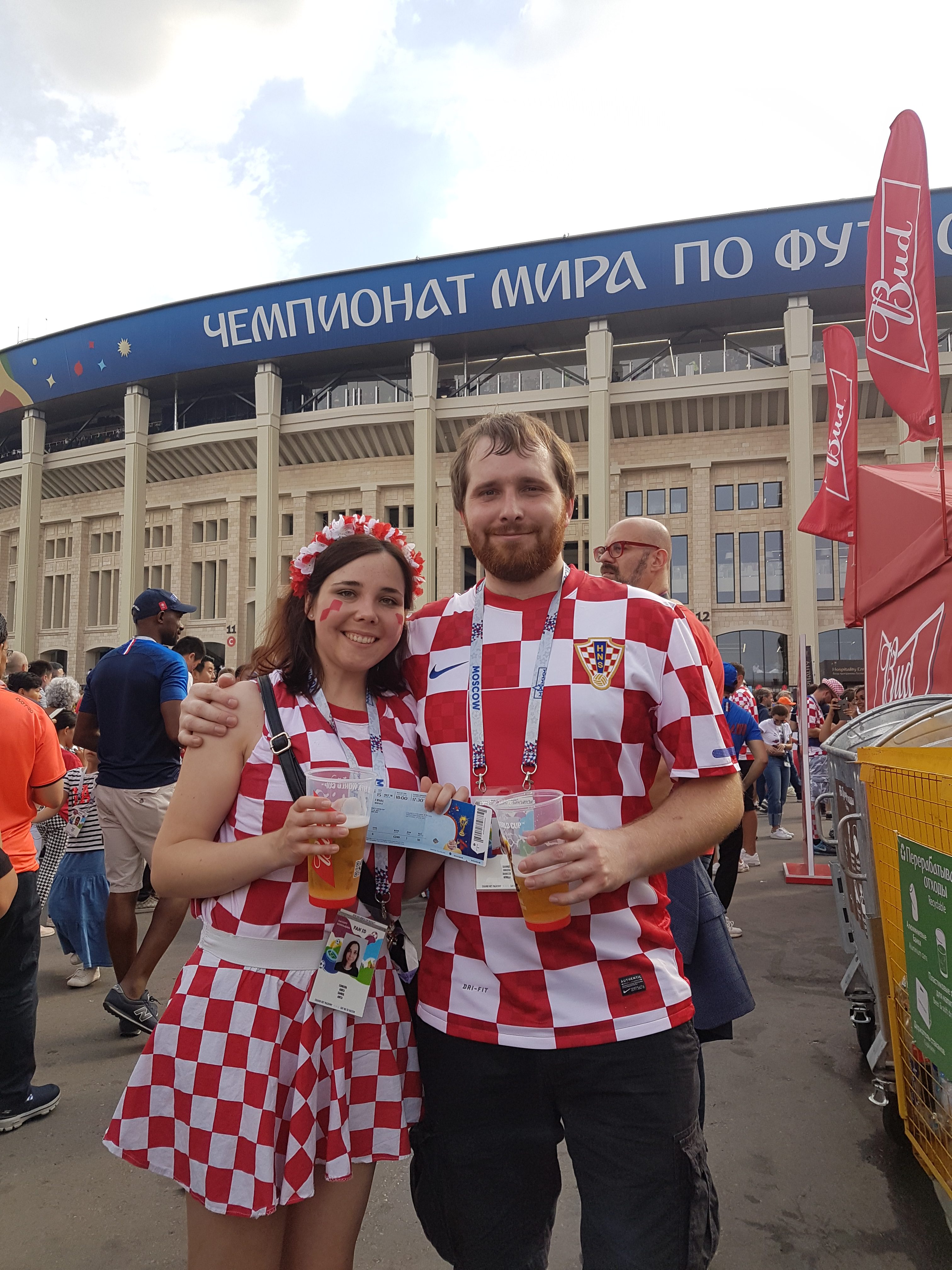 “Did you get an email from us?”

That was the sentence that started the craziest and the most amazing weekend of our lives.

Yes. I did get the email.

It was from a digital marketing agency I have been working with during whole the World Cup, a Fan Movement organised by FIFA for football fans all around the world. I was lucky enough – thanks to Twitter, again, the source of so much good in my life – to be asked to get involved in this project a few months before the World Cup started. Of course, I didn’t hesitate for a second and accepted the offer.

The project was about sharing social media posts and videos with fans and FIFA directly, my thoughts about the World Cup matches and participating in several video challenges along with football fans from 40 other countries. It was a fantastic community and very fun thing to do. I feel so lucky to have been a part of the Fan Movement.

The madness before the trip

So, about thay email.

Without going into too much detail, after Croatia won their semi-final against England, I was chosen as a winner of an internal competition to win a trip to watch my country in the World Cup final.

Yes, indeed, these things can happen. No, I didn’t think it was possible, either. That’s why our crazy weekend started on Thursday, at work, with that message from the Fan Movement team admin.

Naturally, both Nikola, my boyfriend, and I were drunk the night before watching Croatia winning their semi, so I missed the email that was sent right after the match. I didn’t see it until I was at work the next day, still hungover. And, as I didn’t think it was possible to win something like that, neither of us had a passport in preparation.

For some of you, it might seem odd but we don’t travel that much, and when we do, it’s in the European Union or surrounding countries, where you don’t need a passport, just an ID. So, our first part of the adventure was to get a passport, three days before the World Cup final – with only two working days left.

We escaped work straight away – massive thanks to our amazing bosses whose reaction was “What are you still doing here!”

It was around noon and Nikola was driving to his hometown because you need your old passport to get a new one. I was paying all the fees on my phone, we took ID photos and then we were off to Zagreb. Why? Because you can only get urgent passports in Zagreb, in the central passport office.

They were only taking new applications until 14:00 and we arrived at 13:53. We were last in line and waited for two-and-a-half hours to get our little papers that said yes! our passports were being made and we could pick them up on Friday.

A sigh of relief, and a few text messages to the FIFA team so they could sort out the flights and hotel and then we were at home, creating our digital Fan IDs and planning what to pack for Moscow.

In the passport office, there were hundreds of people doing the same thing, getting urgent passports for Russia. The nice lady at the counter told us they had 30 applications for regular passports and over 500 for urgent ones! We overheard some conversations while waiting and most people didn’t have a ticket for the match but they just had to be there. The craziness was that high that they took applications for passports all day Friday and Saturday, getting having them done in 2-3 hours so even more fans could travel.

People in Croatia actually took out loans to travel to Moscow, a lot of them with a one-way ticket and plans to arrange return flights in Moscow somehow. We were so so so lucky.

On Friday, we drove back to Zagreb to pick up the passports and get ready for the flight.

Finding flights must have been challenging for the FIFA people because it was impossible to find something that did not cost a fortune.

Our flight was leaving at 9pm from Zagreb, first to Belgrade and then to Moscow. If you recall, our first ever flight was to London to watch Arsenal and we were both nervous about it, but this time, on that Friday after all the adrenaline around passports and the fact that we are going to freaking World Cup final had stopped flowing, there was no time to be nervous about flying.

The flight was short and sweet. FIFA actually got us tickets with meals included which made us feel like celebrities and was very useful because we were super hungry – especially on the flight from Belgrade to Moscow. Both flights went well, and we arrived in Moscow at 4am local time on Saturday morning.

In Zagreb airport, we met up with my cousin and her friend – who had one of those with one-way tickets – and we all took an Uber to our separate hotels. The uber arrived with cracked windshield – which made us think ‘how typically Russian!’, because of all the stories and videos you see from their roads! A short ride later, there was no traffic jam at 4am in Moscow, we arrived at our hotel.

There were some FIFA gifts waiting for us on the bed, but we were so tired, even though it was already daylight outside, we fell asleep.

A day before the World Cup Final.

I am still not certain it really happened…