Jack Wilshere’s priority at the start of the season was securing gametime ahead of a move after being told he could leave the club by Arsene Wenger but the whole contract saga has been a total debacle.

Speaking to the Guardian, Wilshere said, “It was an honest conversation [with Wenger].

“It had been boiling up for a while. Everybody knew I had a year left on my deal and had been out on loan, got injured and wasn’t really in his plans.

“He just said: ‘At the moment we are not going to be offering you a contract so, if you can get one somewhere else, you can go.’

“Obviously I wasn’t happy with what the manager had said but, at the same time, part of me knew all this already..

“All I needed was some clarity on where I stood at the football club. How did I feel after? It did make me think. He’d said I could fight for my position and, if I performed well in the Carabao Cup and Europa League, I’d have a chance.

“I had three or four weeks left in the transfer window but I didn’t find anything I wanted and at the same time I wasn’t really fit. So I decided to build up my fitness.

“I always had confidence I could get back into the midfield, and keep my place, if I was fit.

“This is one of the most important years of my career and, if I’d worried about the contract, I would have probably ended up leaving in January. I just wanted to focus on getting back in the Arsenal team and then, hopefully, getting back here with England. 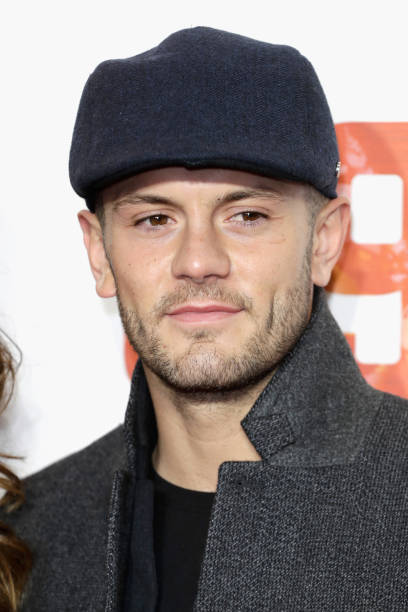 “Ideally, yes, I’d want it sorted as soon as possible.

“I want to go to the World Cup and enjoy it. But we have three months till then and a lot can happen. Let’s finish the season strongly.

“We’ve got a big competition that we need to win with Arsenal and I want to be involved in that. Hopefully, going into the World Cup, I’ll be fit and, if selected, confident.”

It was reported this week that Wenger is not actually involved in the negotiations. Newbie, Huss Fahmy, is in charge of the deal and not prepared to up Arsenal’s offer to the midfielder. As a result, Jack is reportedly hoping Wenger will intervene to break the stalemate.

In April 2017 it was claimed that Arsenal would offer Wilshere a new contract as he recovered from his broken leg. The main concern at that point was protecting their investment – Wilshere has been an Arsenal player since he was nine – rather than any real desire to keep him at the club.

“This injury has nothing to do with the extension of Jack’s contract,” Wenger said ahead of the home game against Manchester City at the tailend of last season. “I don’t know, we haven’t entered into any negotiations.

“I think for all these cases where there is only one year to go, we will enter into negotiations during the break.”

But the months rolled by and no new contract was forthcoming for the 26-year-old and no negotiations started.

July arrived and there was still no sign of a contract or even negotiations.

The Daily Star, who have historically close links with Arsenal through Peter Hill-Wood, claimed a new contract was on its way, just like new deals that would be offered to Kieran Gibbs and Alex Oxlade-Chamberlain and we know how that turned out.

In September, it was reported that Wilshere turned down a move away in the hopes of signing a new Arsenal deal. Birmingham reportedly offered him £90kpw deal, the same amount Arsenal are said to be offering him now.

October saw more claims that a new deal was heading Wilshere’s way with the club reportedly keen to get it all sorted before the January transfer window opened when Jack could speak to other clubs outside England.

In November, Wenger made his claim that the situation would be sorted out in December.

“I said many times that [Wilshere’s contract] would be decided in December,” the boss said. “I wanted to give him six months not to think about that and see where we go. Do we want to clear it up before the January window? Yes.”

December arrived and it was reported that Arsene Wenger was stalling on the deal before Wilshere said at the end of the month, “I spoke to the boss and he says he’s going to speak to me. So we’ll see when he speaks to me and I’m sure it will be done.”

By 20 January Wilshere had his offer – a new contract with a reduced basic but increased bonuses, something Jack Wilshere has made perfectly clear he will not sign.

What happens next is really up to Arsenal. They need to either up their offer to Wilshere or accept that they are going to lose him for free. Given how much the player wants to stay and the fans want to keep him, there is no way that scenario ends well for the club.