Arsenal’s form on the pitch might be terrible at the moment but, believe it or not, off it, the club are doing pretty well.

This season, Arsene Wenger’s first team squad have appeared to suffer fewer injuries and been sidelined for shorter periods of time than before. This obviously isn’t including Mesut Ozil’s 900 ‘illnesses’ or the odd knock here and there.

The injuries the players do still suffer are mainly muscular injuries, as you would expect from footballers who play in a physical league that doesn’t have a winter break. It also still seems like a lot, especially now we’re getting towards the end of the season. However, apart from January, Arsenal have rarely had more than three players out at one time.

This isn’t something that’s happened overnight. Arsenal have been trying to deal with their injury problems since 2014 and, as you’ll see, they’ve steadily been succeeding.

On average over the last five seasons, according to Cute Injury, Arsenal have had 30 injuries per campaign.

It’s important to note here that while last season’s injury tally seems high, you’ll notice later that the injured players were sidelined for shorter amounts of time. Basically, Arsenal’s ability to deal with injuries has improved.

2014/2015 seems to be the season that forced Arsenal to really take stock of their injury woes. There was no running away from the fact that they were occurring so often and in a higher quantity than their fellow Premier League sides’.

As you can see from this graphic, courtesy of Cute Injury, Arsenal are by far the most injured team over the past five years. 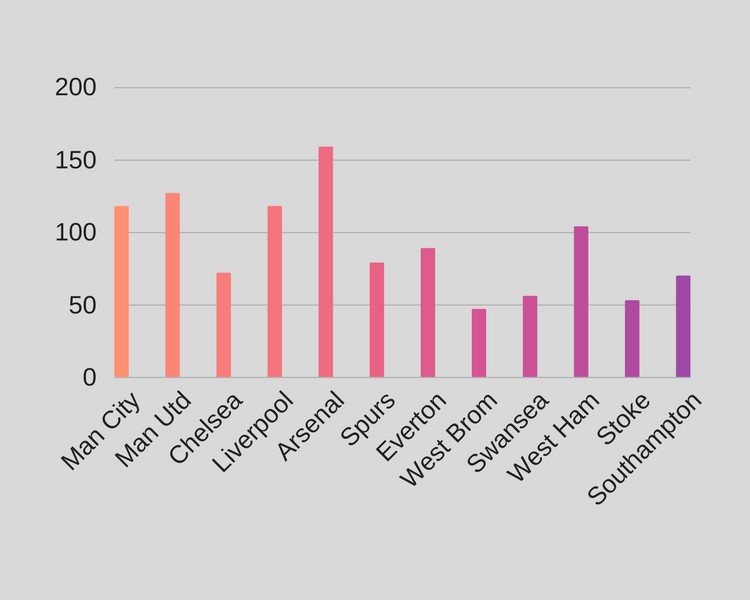 In 2014/15, Arsenal finished fifth in the Injury League table. This means they had the fifth most players out for the fifth highest amount of time. The season before that, they topped it and they finished third the campaign before that.

They’ve usually been in the top handful of teams and the clubs that finish above them don’t tend to be regulars. For example, Manchester United topped the table in 2011/12 but were seventh the previous year.

Arsenal, meanwhile, have consistently struggled with injuries. In March 2017, the Mirror even reported that Arsenal have been the most injured club in Premier League history. This suggests that Arsene Wenger wasn’t the problem, as he didn’t arrive in north London for four years after the Premier League became the Premier League. Although his method of training almost certainly hasn’t helped.

During the 11 seasons researched by Ben Dinnery, the country’s leading data injury analyst, for the Telegraph in December 2014 (2003/4-2013/14), Arsenal had suffered 312 significant injuries that kept players sidelined for 10 days or more. To put this into perspective, that’s 100 more than Chelsea.

During the last five seasons, Arsenal have consistently not only had the most players sidelined, they’ve also been injured for the longest amount of time. 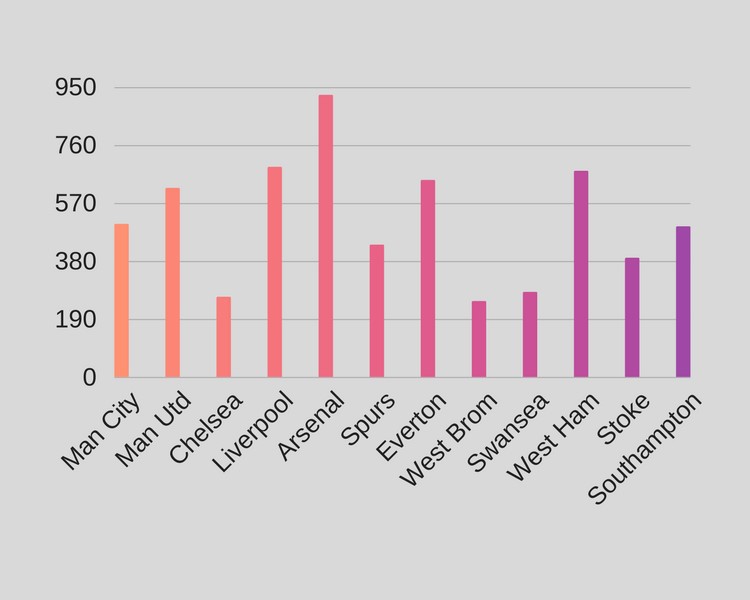