If Gazidis acts as the ‘catalyst for change’, forcing Wenger to change his style of play and by appointing staff to handle transfers, players will know exactly where they stand.

No longer will they be able to coast along as they have in previous seasons. So, all we have to do is wait for Arsenal to do something, all whilst Arsenal are waiting for someone else to do something first. I suggest not holding your breath.

I wrote all the above paragraph seven months ago, four days before Crystal Palace beat Arsenal 3-0 in the Premier League, a result that led to Arsene Wenger deciding that desperate times called for desperate measures and implemented a five-man backline in order to try and prevent the season ending in dismal failure. 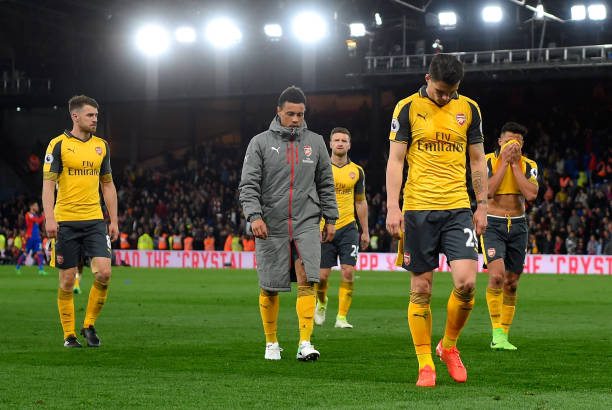 At the time, it appeared to be a short-term fix for a long-term problem, but Arsenal managed to recover their form just in time to beat both Manchester City and Chelsea at Wembley to win the FA Cup. Then, last Saturday, Arsenal comprehensively dealt with Tottenham, thanks in no small measure to the tactics first used back in April.

It may not have been by design, but Arsenal have stumbled upon a gameplan that works; a back five with wing-backs that can run for days, a midfield partnership that can keep possession but also pick out a long ball when necessary, and a front three that has two earnest runners who have to be marked at all times. All that and one creative maestro pulling the strings behind them.

The players may not be perfect fits for the roles asked of them, especially Granit Xhaka and Aaron Ramsey, both playing deeper than they would prefer, but it’s working. After years of resisting change, Wenger finally tried something different, and it’s working.

With that in mind, it’s hard to ignore the fact that whilst Wenger is trying to prove that he can indeed change with the times and deserve his new contract, his supposed boss doesn’t seem so sure.

For some years now, I’ve been hyper-critical of Ivan Gazidis and the lack of progress he was making towards dragging Arsenal away from the dependency it had placed on the manager. Such was his lack of impact at the club, it was widely perceived that the CEO was reporting to the manager, instead of the other way around.

But after Wenger gave an interview to beIn Sport last week, intimating that he wasn’t 100% sure of how much longer he would be at the club, it was hard to shake the feeling that he knew something was in the works that would change the employment structure around him. And sure enough, there was. But the timing of the announcement is very hard to ignore.

A win would ensure that the fanbase is singing for a week, and a failure to win would ensure despair. Either way, Gazidis must have known that no matter what the result, he wouldn’t get criticised for bringing someone in to take work away from the manager. It just so happens that the person he brought in, Sven Mislintat, seems to tick every box that you’d want a management member to tick.

He has a fantastic track record in bringing in youth players to Dortmund, unafraid to take risks with new training regimes and equipment – remember the Footbonaut? and he’s willing to speak his mind even with a manager who wanted him to stay away from the training ground.

Arsenal have shown a desire to work under a financial budget that wasn’t as high as their rivals’, whether the fans like it or not, so bringing in someone who had great success under similar constraints is an excellent move.

Yes, it’s only one staff member, but with Dick Law and Steve Rowley both leaving the club in the near future, and now Mislintat coming on board, there’s definitely a sense of power moving away from just one person and being redistributed throughout the club.

You don’t give someone a position titled ‘Head of Recruitment’ and a salary of £1.8million a year if they’re not going to have at least a say in which players the club buy in the future. It may well have been a democratic process beforehand, but it was a case of ‘one man, one vote’, with only one man having a vote.

Just like with Arsenal’s move to a five-man backline, it might turn out that it was the right thing to do but took far too long to do it. The Gunners should have been experimenting with different formations when they were in a position of strength, not weakness.

It shouldn’t have been left until the last possible moment for Arsenal to try something new, and it’s hard to not think the same applies here. If Gazidis’ plan is to mould and shape Arsenal into a financially stronger version of Borussia Dortmund, then it’s not a bad plan at all.

It’s just a shame he waited so long to put it into place. Still, better late than never, I suppose.