Arsenal could make a January move for AC Milan striker Andre Silva who has endured a difficult time in Serie A this season.

The 22-year-old has struggled at Milan after making the switch from Porto in the summer. Although he scored plenty during Europa League qualification, he’s yet to find the net in Serie A this season.

According to Le 10 Sport, Milan would be open to selling the Portuguese striker in January, with Arsenal and Barcelona both interested in signing him.

Silva emerged from Porto’s academy and impressed last season with 21 goals in 44 appearances. His form earned a move to Milan as part of their summer spending spree. 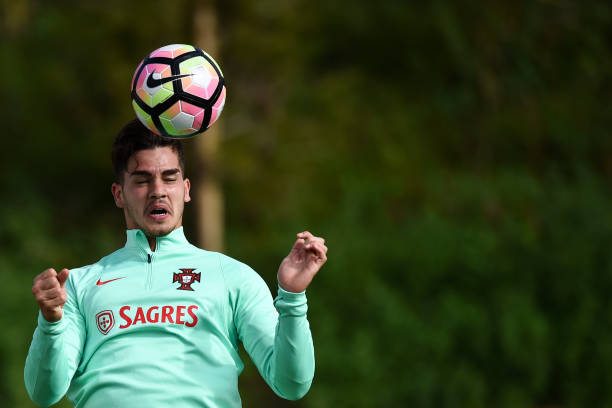 In Europe, he’s scored eight goals in nine appearances for them. However, those goals came against weak opposition. He’s struggled against tougher domestic opponents.

New AC Milan manager Gennaro Gattuso is talking up a sale already, saying: “He is a player with great qualities and is also very young. I think he has a good rating in the transfer market.

“He is a good striker and if you put him on the market, you will quickly find a buyer. He can be sold easily, especially since I have not seen him do a one-two in a long time.”

Silva has been touted as a replacement for Alexis Sanchez, but the two play in different positions.

He’s more of a number nine than Alexis is, and would therefore be in competition with Alexandre Lacazette, Olivier Giroud and Danny Welbeck, in my opinion.

Silva has plenty of promise, but he would likely need to go somewhere where he can play every week and find confidence in front of goal again.

I can’t see him getting in that Arsenal side at the moment.