Despite Alexis Sanchez kissing the badge during the Arsenal open training session and Arsene Wenger saying at least 100 times that he will not be sold, Shaka Hislop believes Arsenal will sell him to PSG for £60m because he ‘feels’ it.

“I think there is a reason for that. I still think as much as Alexis Sanchez was linked with Manchester City, Arsenal don’t want to business with direct rivals which you can understand.

“I still feel that Alexis Sanchez and PSG are a thing and will happen. PSG have had their attentions elsewhere over the last couple of weeks.

“Given the body language that we saw from Alexis Sanchez for most of last season I don’t see how he is happy, how he is content with this situation. Again that’s one I will believe on September 1. 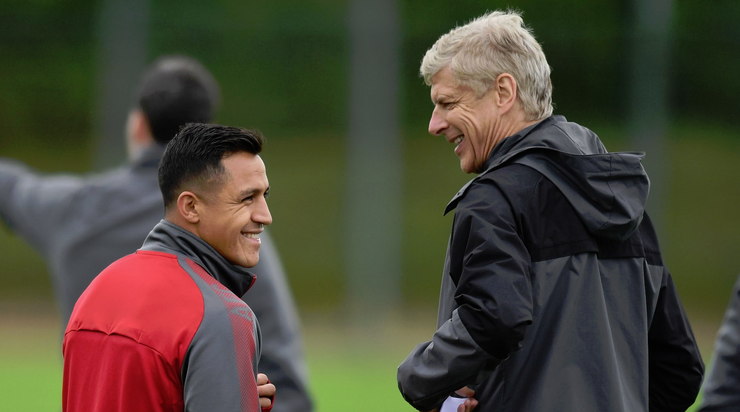 “It is Arsenal’s decision but let’s be honest, they’ve been down this road before with Van Persie and ultimately as much as Arsenal keep talking about how they have money in the bank… they’ve taken big offers when they’ve come in especially when the other option is to take nothing in 12 months time.

“I don’t see Alexis Sanchez signing another contract whether he stays or not.

“It is either you sell him now for what may be the going rate for Alexis Sanchez, which given what we’ve seen in this transfer window you could probably expect upwards of £60m, maybe even £70m.

“At the start of the summer we were talking about £50m for Alexis Sanchez but then Kyle Walker goes for £50m, I don’t see how those two are the same at all so you probably add another 10 or 20 on top of that.

“I don’t see how Arsenal, given their history and track record, turn their back on that regardless.”

So, Hislop is basing his assertion on things he feels and believes, rather than the facts which have been laid out all summer.

Alexis kissing his badge at members day certainly points to the forward accepting that he is going nowhere. There is no need for him to do that unless he’s aware of the damage this summer has caused to his relationship with the Arsenal fans. And why would he kiss it if he was going to bugger off in a few weeks?

As Wenger has always stated, he is under contract with Arsenal.

To many, the club’s stance seems insane, but how much is getting back into the Champions League worth to Arsenal? Certainly more than they would get for Alexis with one year left on his contract, that’s for sure.

With him in the squad, getting back in to the top four will be easier.